Tricky Borders tests get best out of SRC’s finest 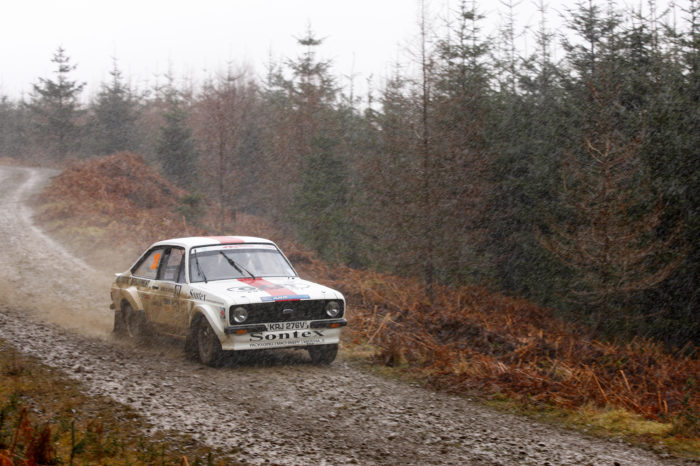 The Jedburgh based event consisted of 45 competitive stage miles in the Tweed Valley forest park, broken down into seven speed tests. Conditions were far from easy, with sporadic rain showers creating something of a mud-bath in places, which is particularly difficult to drive on in a two wheel drive car.

Following on from their class victory on the Snowman, Neil Coalter and Hannah Cessford made it two out of two this season in the Scottish Borders, guiding their Suzuki Ignis to the top of class one. Niall Cowan Jr. brought his MG ZR home second in class.

Class two honours went to Robbie Beattie and David Findlay in their Peugeot 205 GTI, building on the second in class they scored on round one. There was an impressive performance from young and local Duns crew Max and Callum Redpath in second, with Billy and Eric Falconer filling out the 205-dominated podium.

Angus Lawrie and Paul Gribben got their SRC campaign properly underway in their Vauxhall Corsa which has a larger engine for this year. The pair took the class three spoils ahead of Alex Pirie and Frazer Skene’s Citroen C2 and top Junior Ross Hughes and Neil Ewing in another C2. Class championship hopeful Thomas Gray retired with engine and brake issues. 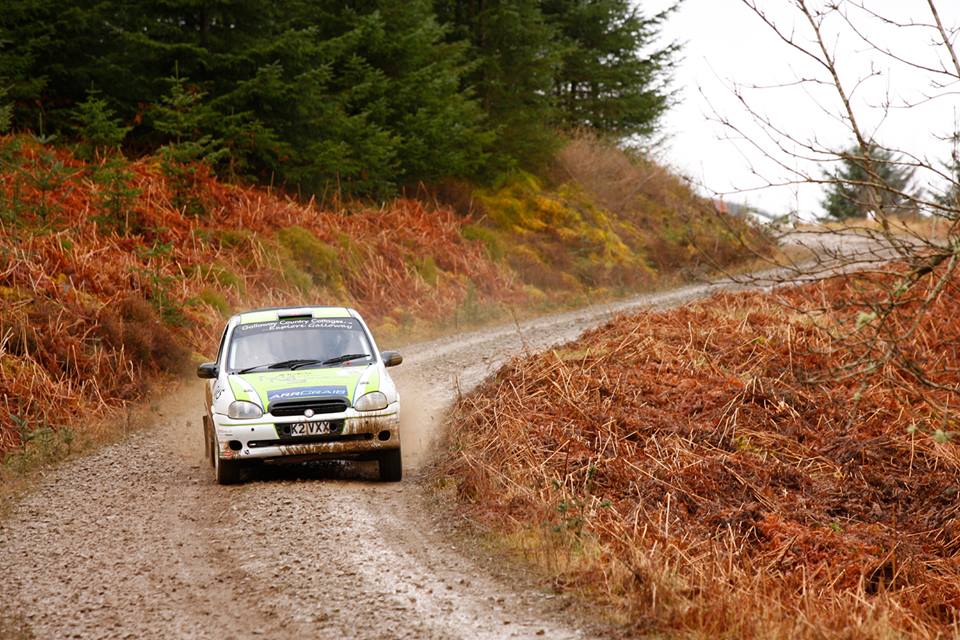 Fraser MacNicol took his second class win since switching to Escort Mk2 power on the Border Counties, winning class four with Keith Boa alongside. They took a comfortable victory ahead of Scott McQueen and Andrew MacKinnon’s Peugeot 205 with local crew Ian Heard and Denny Calder claiming third in an Escort.

Class five belonged to rallying legend Steve Bannister and local Lauder co-driver Callum Atkinson, who made it two class wins out of two in 2017 having won class 10 with Iain Wilson in Inverness. Snowman winner Ian Milne took second in another historic Escort.

Luke McLaren and Phil Kenny continued their strong start to the season with another class six win in their Ford Fiesta. Grant MacRae got his first finish in the new Fiesta after switching from the 205 for 2017, taking second in class with Kevin Gray and Daniel Christie rounding out the class podium in their Astra.

Dougal Brown and Lewis Rochford made it two wins out of two in the 2017 SRC, taking class seven honours in his Escort Mk2. Mike Stuart and Sinclair Young brought their sister car home on the second step of the podium with local man Paul McErlean grabbing third with co-driver Niall McKenna.

Ken and Gordon Wood brought the rare Triumph Dolomite Sprint back to Jedburgh as the fastest car in class eight, showing the speed that made him a Scottish Rally Champion in the past. Gordon Murray and David O’Brien suffered a big accident in SS5 in their Escort Mk2, meaning it is a race against time for them to make the start of the next round, the McDonald & Munro Speyside Stages.

Fraser Wilson and Craig Wallace were unchallenged in class nine for Group N machinery, but still put in a solid performance to claim maximum points for the championship in their Mitsubishi Lancer Evo IX.

Subaru Impreza driver Iain Wilson took his best ever SRC result in seventh overall on the Border Counties, taking the class 10 win as a result. Local crews Ian Baumgart and Mike Dickson (Impreza) and Michael Binnie and Claire Mole (Evo V) had a titanic battle for second, with the Hawick driver getting the better of his Berwick rival by just 0.3 seconds, moving his Subaru ahead in the final stage of the rally. Jock Armstrong and Paula Swinscoe racked up the class 11 win courtesy of their outright victory in the Borders. Mike Faulkner and Peter Foy finished 30 seconds back in an Evo IX, with Mark McCulloch and Michael Hendry grabbing third in class.

Euan Thorburn and Paul Beaton powered their Ford Fiesta R5 to the top of class 12, taking second overall on the event, with the impressive Rory Young taking second in a similar car with co-driver Allan Cathers. Shaun Sinclair and Jamie Edwards took a distant third after an off-road excursion on SS4 in their Subaru Impreza S14 WRC.

Iain Wilson claimed the Challengers honours for the second event in succession ahead of Michael Binnie and John Wink. Steve Bannister took maximum Scottish 2WD points with Ross Hughes emerging as the top Junior, while retirements for Matthew Thomson and Colin Baxter paved the path clear for Michael Robertson to win the www.usedcarparts.co.uk Subaru Cup on round two. Greg McKnight received the second ever SRC John Horton Star Driver Award after running as high as second overall. A burst brake pipe and two flat tyres robbed him of the podium and the Penpont driver finished sixth.

The 2017 season continues on 22nd April with the McDonald & Munro Speyside Stages, based in Elgin. Round three is unique in that it features two runs through the spectator friendly Cooper Park test, the only tarmac stage in the SRC. 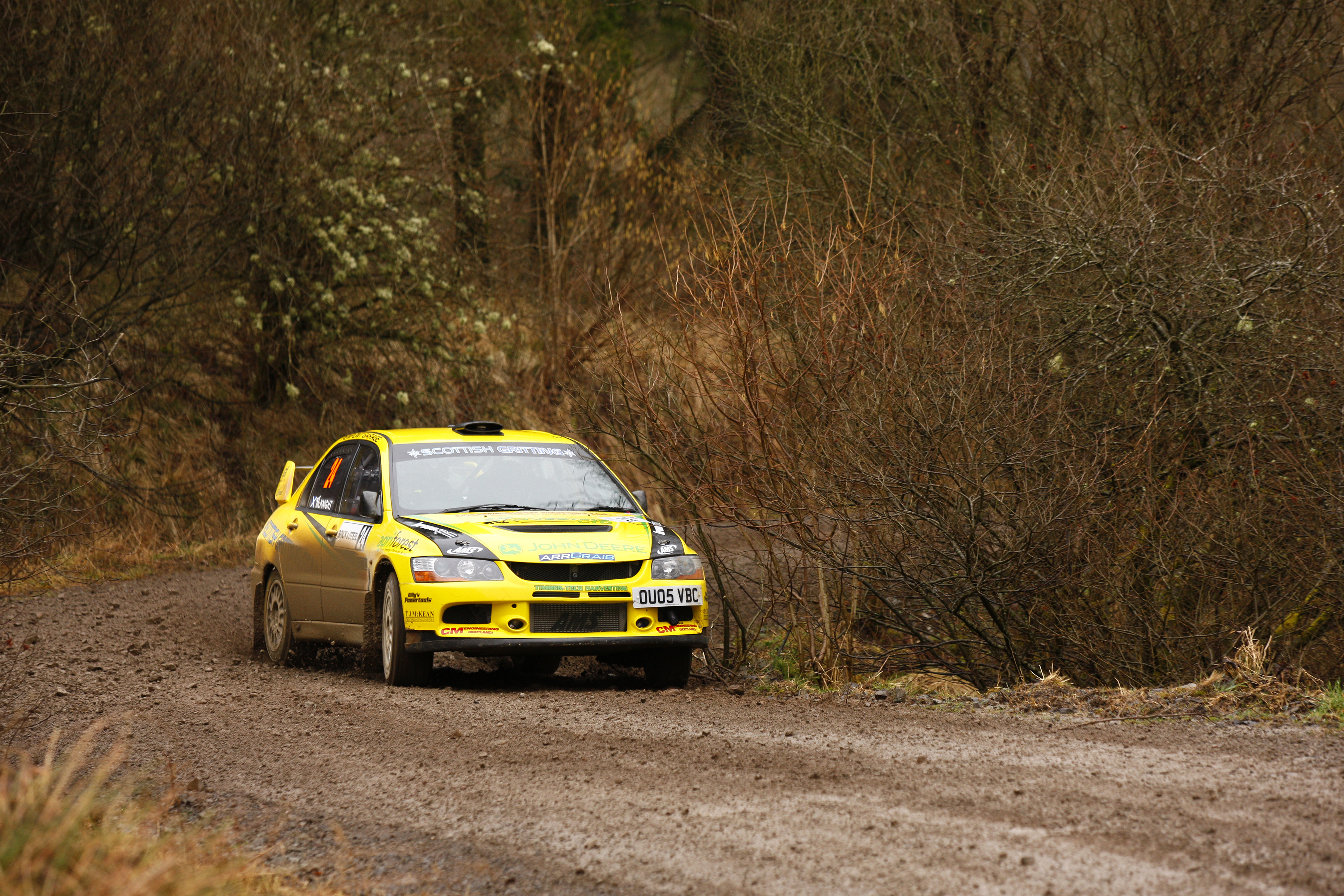