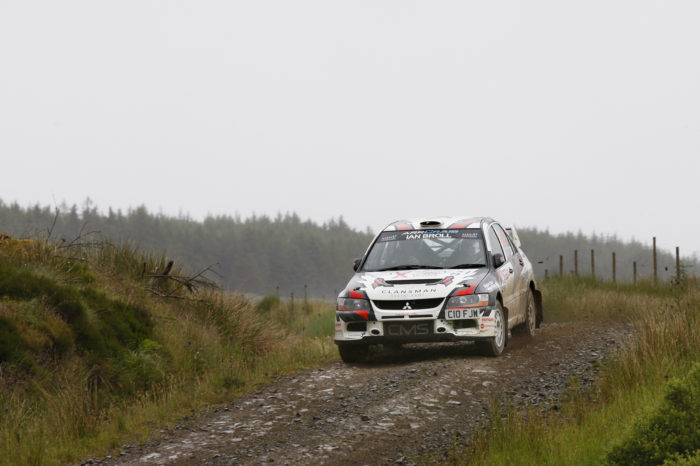 Staged in the Argyll forests around Dunoon, the Scottish Rally Championship returned to classic tests that hadn’t been used since 2003, with mixed weather conditions and slippery, largely unused forest roads making the going incredibly tricky for competitors.

With five rounds gone and two remaining, the fight for the various SRC title is intensifying, with the contest hot across all the classes on round five.

Having retired on the RSAC Scottish Rally, Neil Coalter and Hannah Cessford returned to winning ways in Dunoon with a fourth Class 1 win of the season in their crowd pleasing Suzuki Ignis. The pair finished ahead of plenty more powerful machinery to take the class by over four minutes from Steven Crockett and Martin Henderson’s Peugeot 205.

In his more powerful 205, Robbie Beattie took his fourth straight Class 2 win of 2017 with Dave Findlay calling the notes. Max Redpath and Callum Redpath consolidated their second place in the championship with the runner-up spot in Argyll, with Andy Chalmers and Martin MacCabe finishing third in an all Peugeot 205 podium. 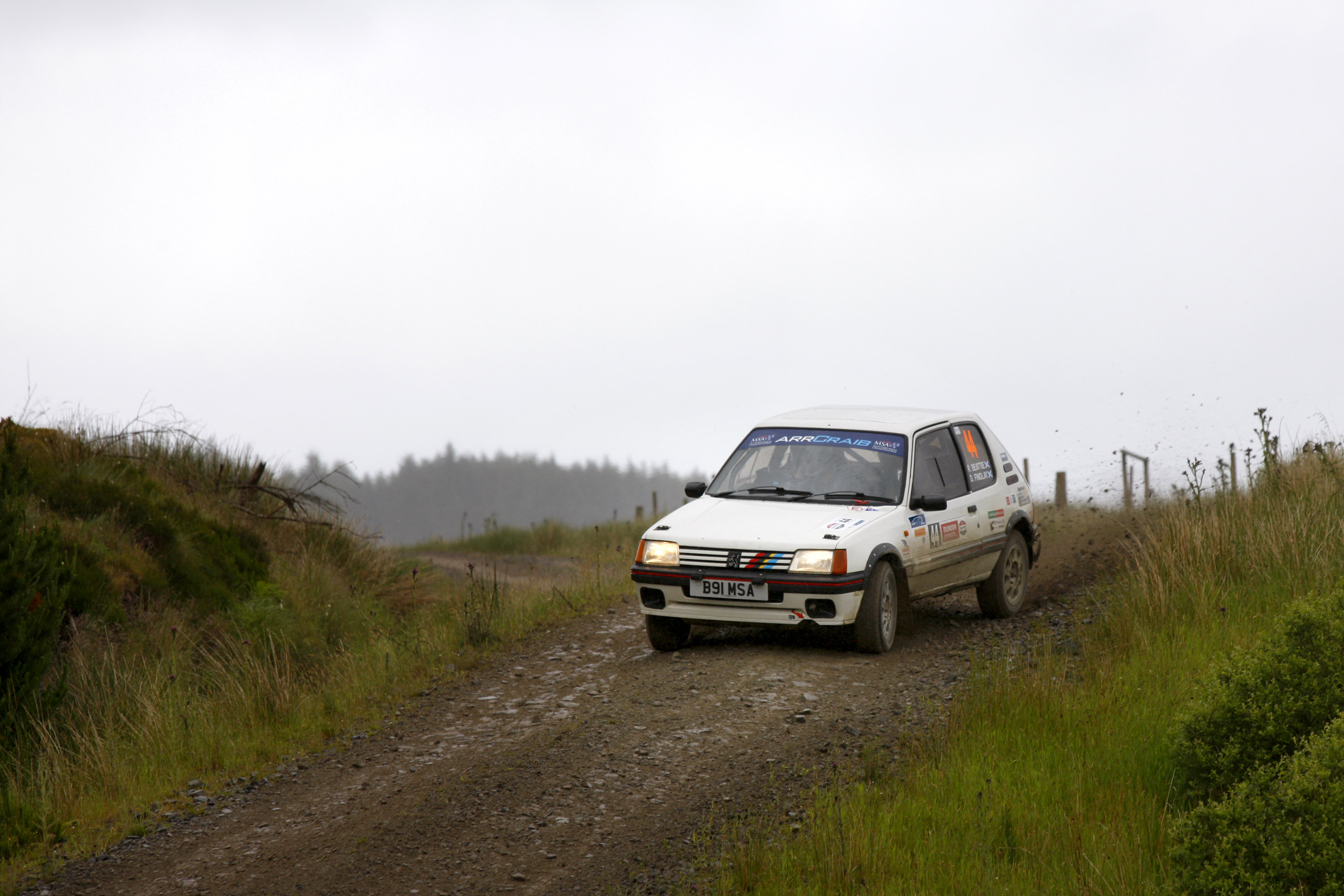 Robbie Beattie is the man to beat in Class 2 this year – Image: Lindsay Photo Sport

Keith and Mairi Riddick were victors in Class 3 at the wheel of their MG ZR. The Haugh of Urr driver finished 16th overall in his front wheel drive machine in what became a much easier win when Angus Lawrie and Paul Gribben left the road as early as SS1. SRC John Horton Star Driver recipient Alex Pirie took second in his Citroen C2 alongside Frazer Skene, with top Junior Gina Walker coming third with Richard Simmonds in another C2.

John and Meghan O’Kane guided their Ford Escort Mk2 to the Class 4 win on their first outing since the season opening Snowman Rally. Runaway class leaders Fraser MacNicol and Keith Boa came home second with the Argyll stages taking its toll on their Mk2.

Class 5 was a lonely affair with just Ian and Sandy Milne registered to compete on the Argyll Rally. The duo guided their historic Ford Escort home to Dunoon Stadium to take another maximum championship points haul, and look good for the championship with rival Steve Bannister completing a bit-part campaign.

Maintaining his perfect start to the season, Luke McLaren made it five wins from five in Class 6, finishing 22nd overall. Co-driven by Phil Kenny, the Ford Fiesta ST pilot took a dominant win after a tough battle last time out with Kevin Gray, finishing ahead of Martin Crombie and Daniel Christie’s Peugeot 306 with four minutes in hand.

The fight within Class 7 took an early twist as Dougal Brown and Lewis Rochford were caught out in the slippery conditions on SS1 and ended up in a ditch, leaving Duncan MacDonald and Mike Stuart to fight for honours. MacDonald and Neil Ross took the win ahead of Stuart and Sinclair Young, with Paul McErlean and Niall McKenna taking advantage of the SRC Overseas Support Scheme, to bring their Escort over from Ireland and finish a fine third place in the class.

Ken Wood was one of few drivers who had previous experience of the Argyll stages, and used it to take his fourth class win of the year in Class 8. Co-driven by Gordon Wood, the 1984 and 1986 Scottish Rally Champion steered his spectacular Triumph Dolomite Sprint V6 to 21st overall.

Fraser Wilson and Craig Wallace had one of their best days out of the season in their Group N Mitsubishi Lancer Evo IX, finishing 14th overall in their near standard Lancer to take the spoils in Class 9.

The battle for Class 10 was as entertaining and as close as ever. With the top three finishers also fighting for the top three Challengers places, the fight was even more intense. On the Argyll Rally, it was Simon Hay and Calum Jaffray who emerged victorious in their Evo VI after a faultless drive, claiming a career best seventh overall. John Wink and John Forrest also took a career best result in eighth, taking second in the class in what could be their last rally in the Evo IX. Michael Binnie and Claire Mole recovered from a first stage blow out to take third in class.

Jock Armstrong and Paula Swinscoe may have missed out on the outright win by a mere four seconds, but the Subaru Impreza crew took the Class 11 win after a strong performance. Mark McCulloch and Michael Hendry took second ahead of Mike Faulkner and Peter Foy.

The next round of the 2017 ARR Craib MSA Scottish Rally Championship is the Grampian Forest Rally on Saturday 12th August.