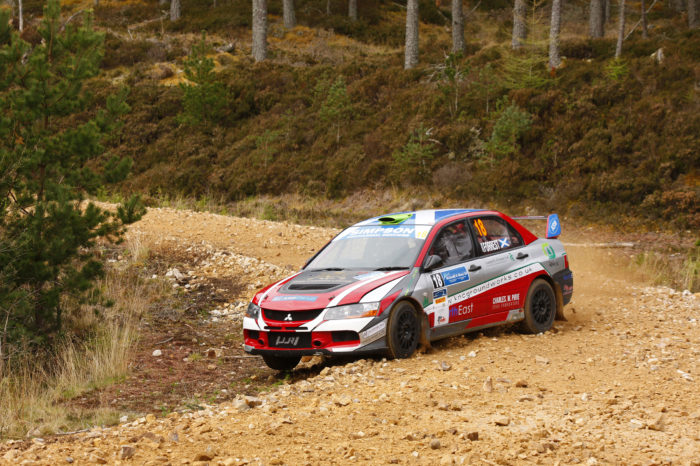 Impressive young driver has stepped up to a quicker machine

Promising Cornhill driver Michael Binnie has firmly set out his intentions for the remainder of the ARR Craib MSA Scottish Rally Championship, by acquiring John Wink’s Mitsubishi Lancer Evolution IX for the final two rounds of the series.

Binnie, co-driven by Duns’ Claire Mole, has campaigned an outdated Mitsubishi Lancer Evo V in 2017 and despite its age, currently sits eighth overall in the championship and third in both the Challengers and class ten.

The Challengers Championship, for drivers who have had no more than one top 10 finish overall at an MSA event in the last decade, is witnessing a titanic battle for supremacy, with Binnie right in the thick of it.

“After getting off to a bad start with a non-finish on the Snowman the season has gathered momentum nicely with third at the Border Counties, second on the Speyside and first at the Scottish,” Binnie said. “We are very happy with our pace and our confidence is building. We came away from Argyll slightly frustrated as our pace was great but out first stage tyre blow out scuppered our day, but it’s just one of those things.

“The plan for the next two events is the same as it has been all season; go in with a level head and try and set a good pace from the start. The Grampian may be a different story as it will be our first time in the new car, but we will see what we can do. I have good memories from the Galloway Hills as I took my first Challengers win there last year, hopefully I can replicate that again!

“We never really thought about winning the Challengers at the start of the season as this is only my first full year competing, so gaining more experience was my priority. However, after the Border Counties we realised we could compete with the top guys so going for the championship certainly isn’t out of the question.” 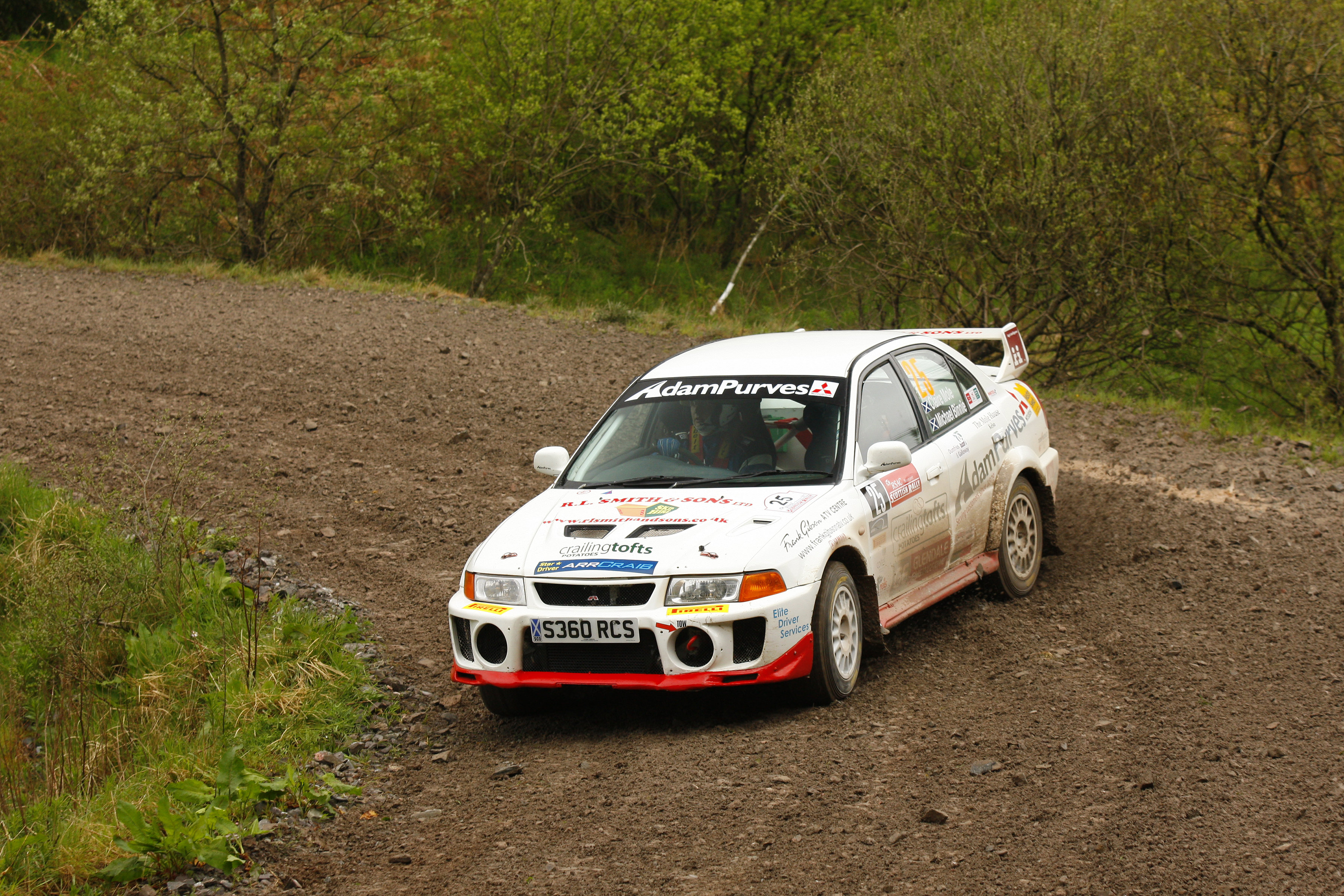 Binnie has battled against his new machine all season long, most notably on the Speyside Stages when John Wink took the win on the final stage of the rally. A performance advantage is expected, but Binnie is realistic with his expectations.

“We were hoping to see the season out with the old car and then upgrade to an Evo IX at the end of the year, but John’s [Wink] car became available so we acted sooner than anticipated,” he explained. “We know the car as Dom Buckley IRS have done work with it, and just by looking at John’s garage we could tell the car would be immaculate.

“I can’t wait to get out onto a proper gravel stage with it. I’ve had a shot around the farm yard and can already notice a big difference. I’m not sure how much seat time we will get before the Grampian as harvest is just around the corner, so the main seat time I will get is in the combine! If we get time we will try and have a test though.”

“It has a lot more toys on it than the Evo V which was relatively standard. We will see how we go, I may even be slower!”

Binnie will head to the Grampian Forest Rally in August for round six of the Scottish Rally Championship, where he will make the debut of the new car in Aberdeenshire.