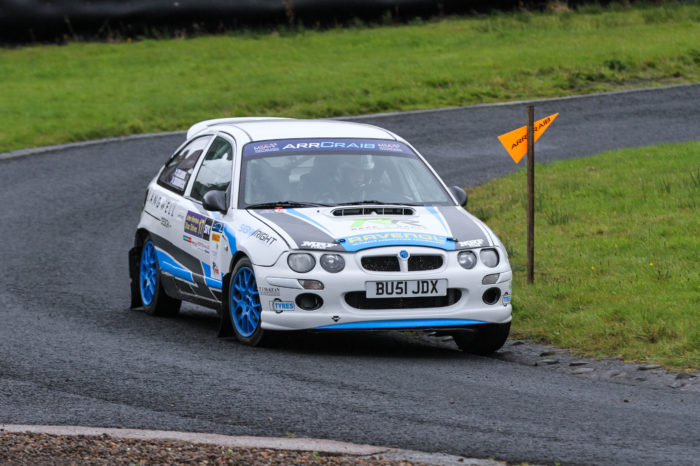 The Haugh of Urr driver impressed the panel of judges with his driving talent, his media and interview skills but particularly with his ability to create his own pace notes.

Riddick’s prize is a supported entry to an upcoming European event. The MG ZR pilot selected the Down Rally in Northern Ireland, a round of the 2018 MSA Asphalt Rally Championship.

“Thank you to the whole panel and all the other competitors for coming out today, it’s been a great day and a great experience, I’ve never done anything like this before,” he said.

“I’m hoping to have fun over in Ireland next year, we’ll just see what we can do. The aim is to make the SRC proud.” 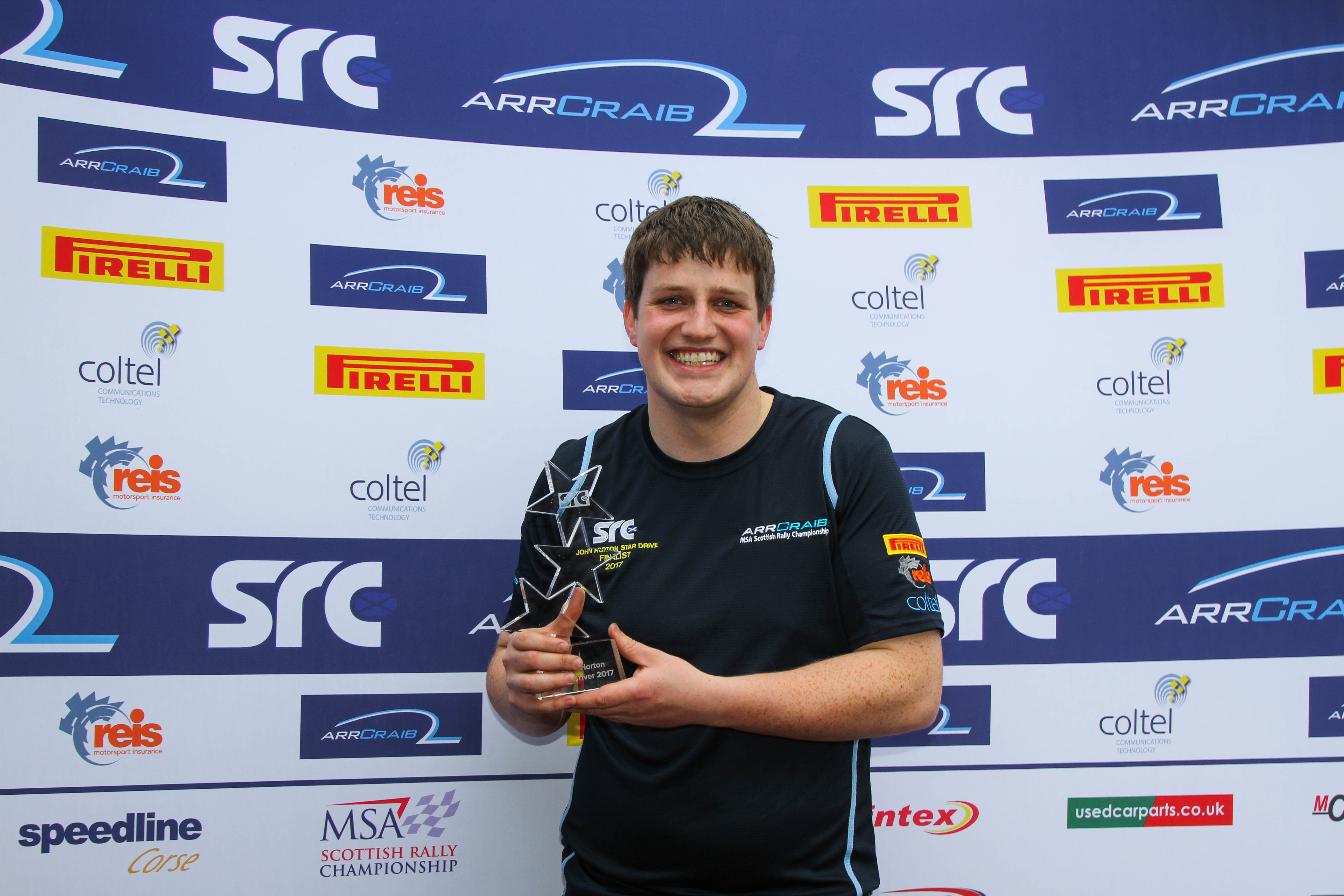 Riddick looking to “do the SRC proud” with this Award – Image: Eddie Kelly

“That was tough,” Mike Broad, Chairman of the judging panel added. “Well done to Keith, it was astonishing what he did today. For a first effort at making pace notes they were superb, and that goes to all the finalists.

“There wasn’t anybody that particularly stood out, the level between all the competitors was very similar throughout the day. I will go and see the Horton family next week and tell them all about this, it’s been a truly fantastic occasion. Every single finalist should leave here proud of themselves.”

Following each round of the 2017 ARR Craib MSA Scottish Rally Championship (SRC), an assembled panel of SRC officials, media and independent observers selected an SRC-registered driver who they felt put in an extra special performance during the rally to go forward to the end-of-year shoot-out.

Michael Binnie – who lost out to Riddick through a split vote – Mike Stuart, Alex Pirie, Angus Lawrie, Mark McCulloch, Duncan MacDonald, Simon Hay and Riddick all attended the shoot-out to win this unique award named after the late John Horton.

A name which is synonymous with UK rallying, John first made his mark on the sport as an international co-driver and competed alongside the likes of Russell Brookes, Billy Coleman and Jimmy McRae in a variety of cars and teams. Perhaps the most famous of these was with GM and the Opel brand in the 1970’s. 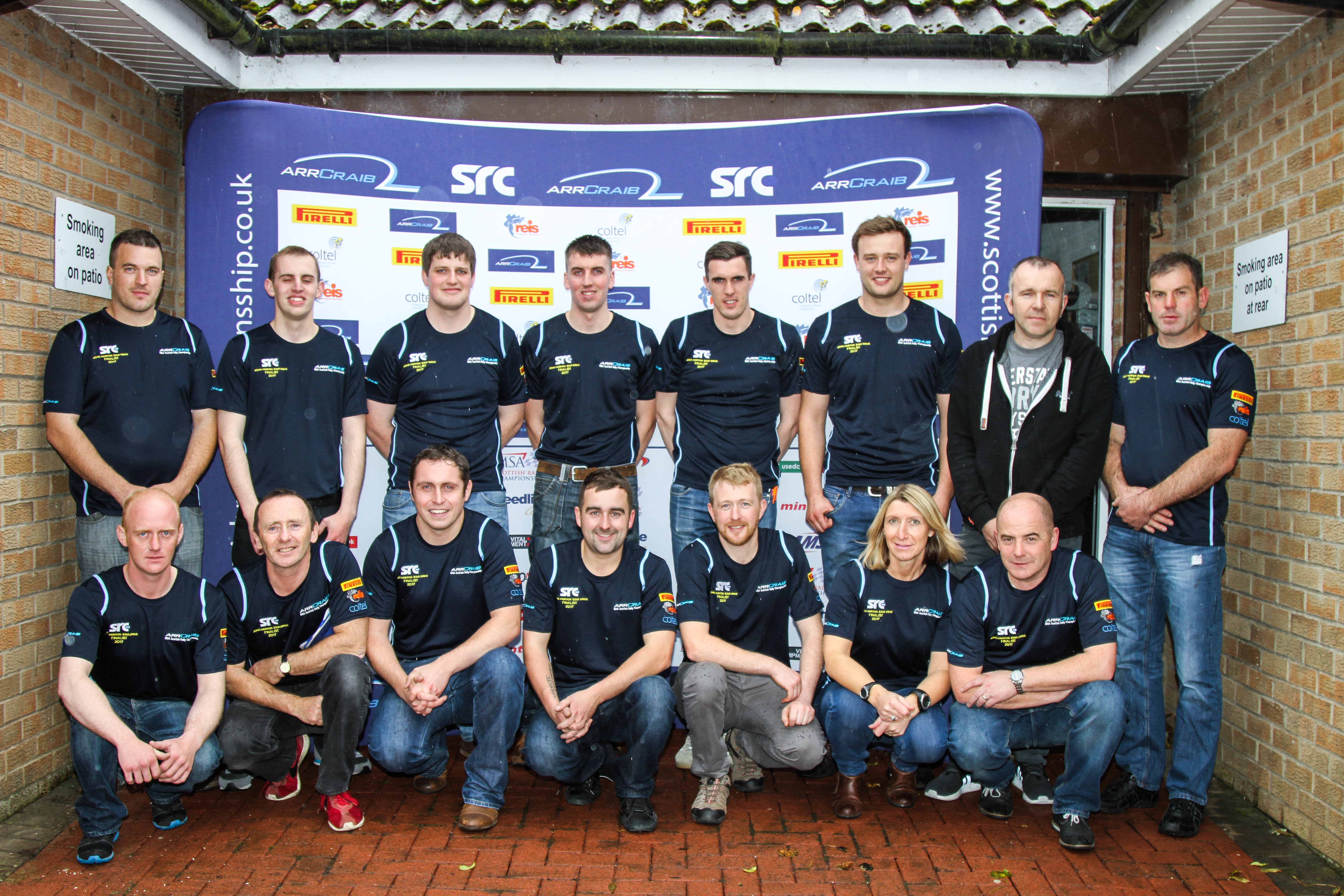