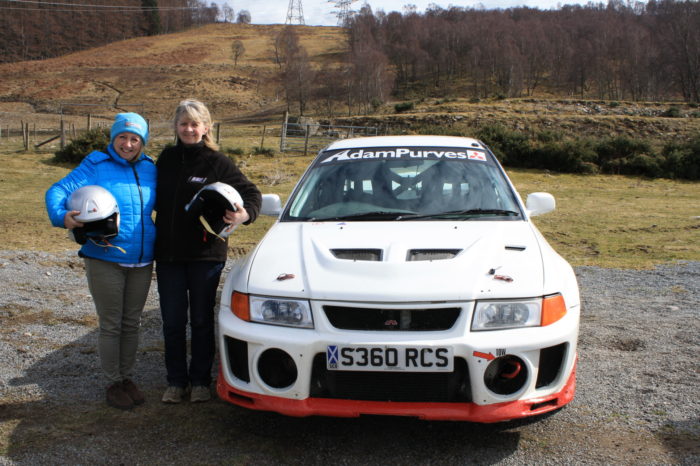 Aileen Forrest will make her rallying debut behind the wheel of a Mitsubishi Lancer Evo V on round two of the ARR Craib MSA Scottish Rally Championship (SRC), the McDonald & Munro Speyside Stages.

Forrest is the wife of John Wink’s co-driver John, who currently lies sixth in the SRC after a strong performance on the Snowman Rally in their Hyundai i20 R5.

Aileen may not have been behind the wheel in competition before, but she is no stranger to driving or the SRC service park.

“I’ve always been a bit of a tomboy,” she said. “I didn’t get dolls for Christmas, it was always cars and train-sets.

“I’ve always loved driving, being brought up on a farm you get to drive different machinery from a young age. I couldn’t wait to pass my driving test at 17, and then went onto obtaining my Class 1 HGV license in my early twenties.

“I love being involved with rallying, there’s such a great atmosphere where everybody helps each other out. I remember my first experience in a rally car alongside Bruce McCombie at the SRC VIP test day for the Grampian Stages, it was absolutely thrilling. No words can truly describe the feeling.

“I suppose it’s John’s [Forrest] fault I’m doing this as he phoned me one day and told me he’d found a car for me and from there it snowballed.”

The car in question is the Mitsubishi Evo V Michael Binnie took to the Challengers class win on the Scottish Rally last year.

“We picked up the car at the beginning of March,” she said.

“I have been getting familiar with the car at home but I’m getting a proper test this week up north, with [BRC driver] Matt Edwards kindly agreeing to sit beside me in April before the event.”

Forrest will be co-driven by Pauline Patterson, whose husband Colin competes in a Ford Escort Mk2.

“I actually met Pauline through the camera club we both attend,” Forrest said.

“I had no idea she was into rallying as well, so when I saw her at one of the rallies I couldn’t believe it.  From then on we’ve always talked about rallying and I’d mentioned to her that I’d love to drive, and she suggested we could do it together. The seed was planted and I didn’t need much persuasion!” 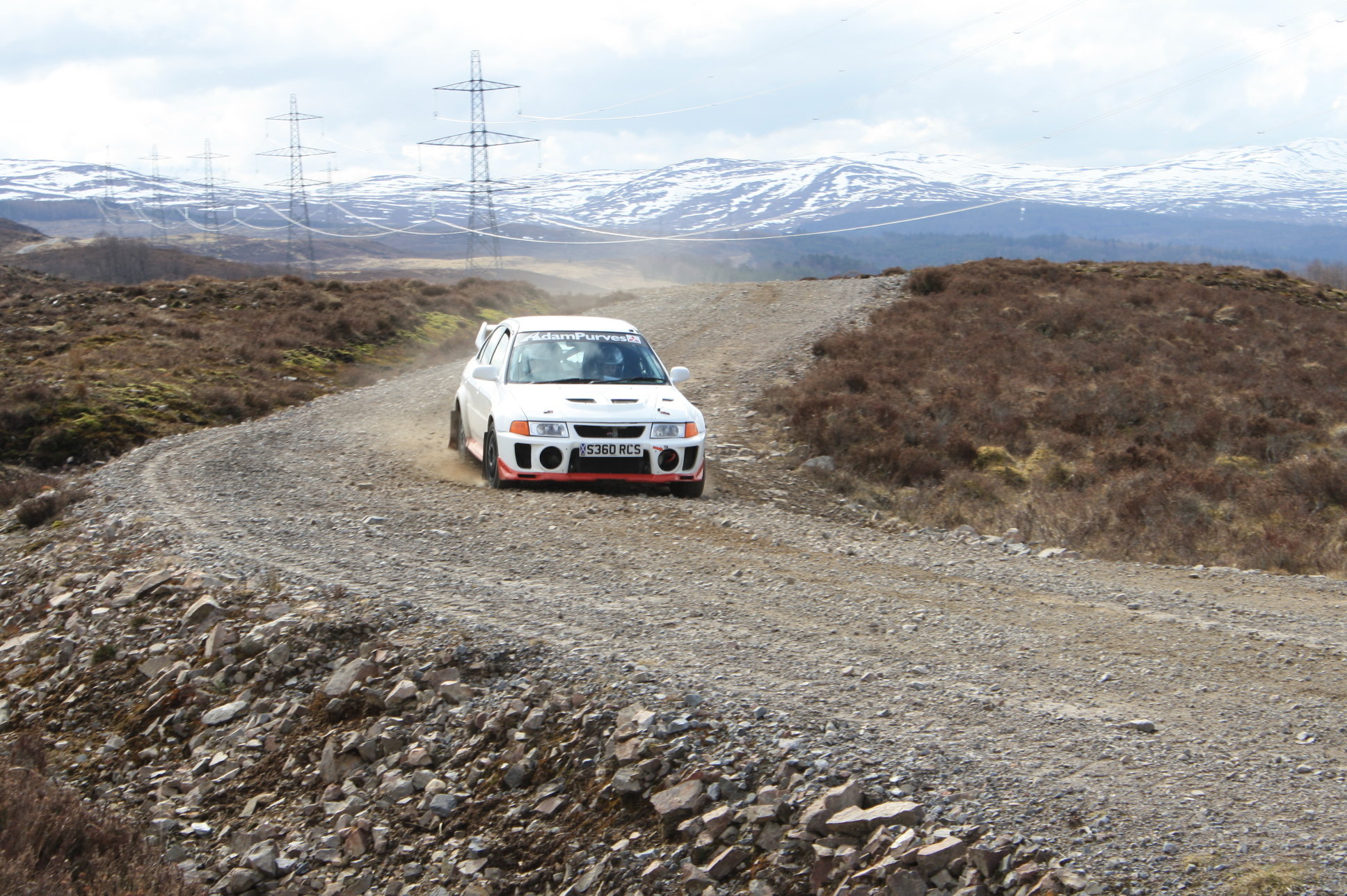 Forrest getting a taste for the car last weekend – Image: John Wink

Forrest’s current focus is all on her home event, Elgin’s Speyside Stages, but may be tempted into a full SRC season depending how it goes.

“The Speyside is all I’m looking at doing at the moment,” she said, “but you never know.
“My only aim is to try and get round Cooper Park without making a complete idiot of myself!”

The Cooper Park street stage kicks off the action on April 21st, and is unique to the SRC in that it’s the only competitive mileage held on asphalt, with the action heading into the Morayshire forests immediately afterwards.

Entries for the McDonald & Munro Speyside Stages are still open, and can be made here.

The next round of the SRC is the McDonald & Munro Speyside Stages on Saturday 21st April. 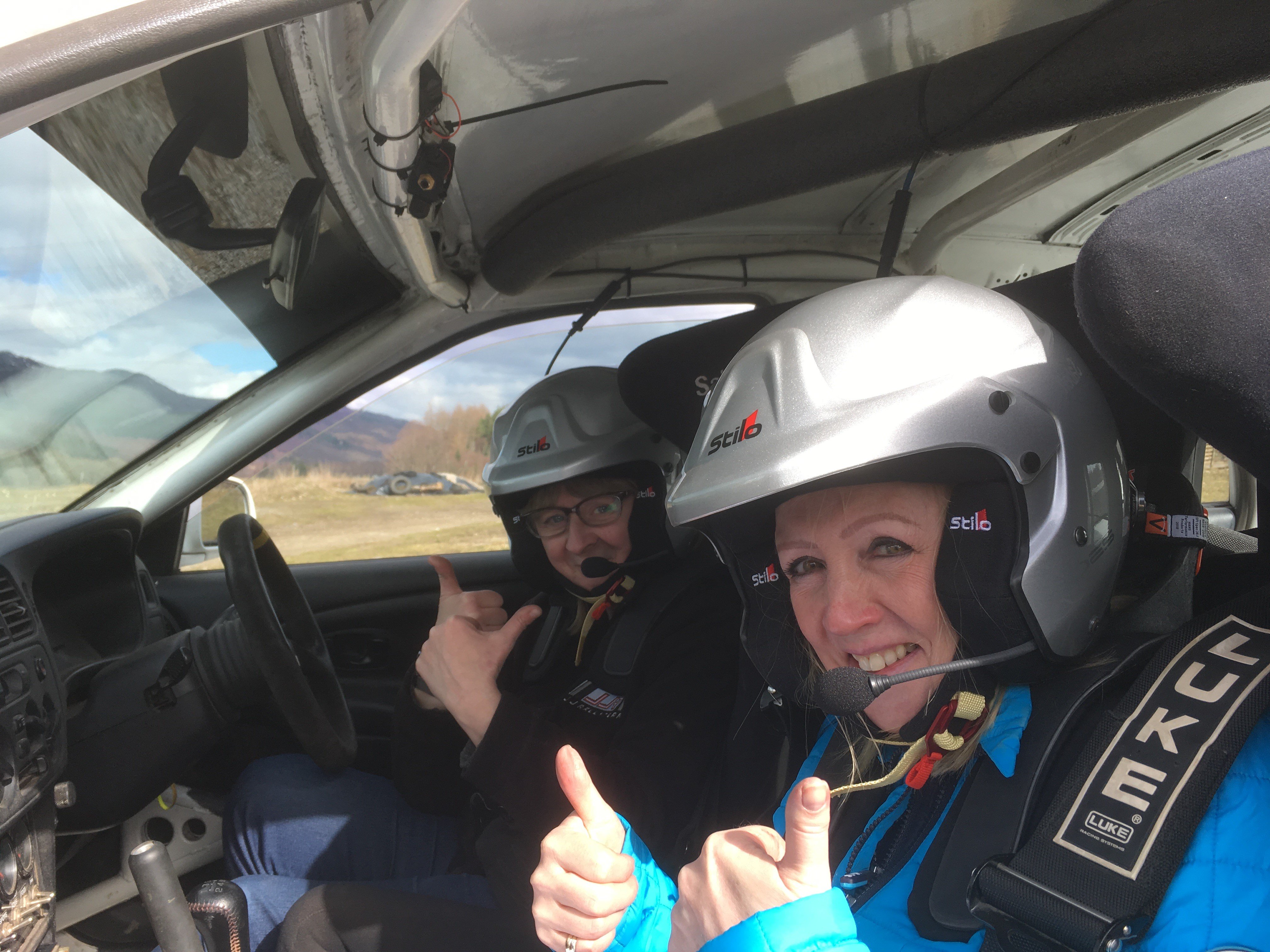