Thorburn threatens the treble as SRC speeds to Moffat 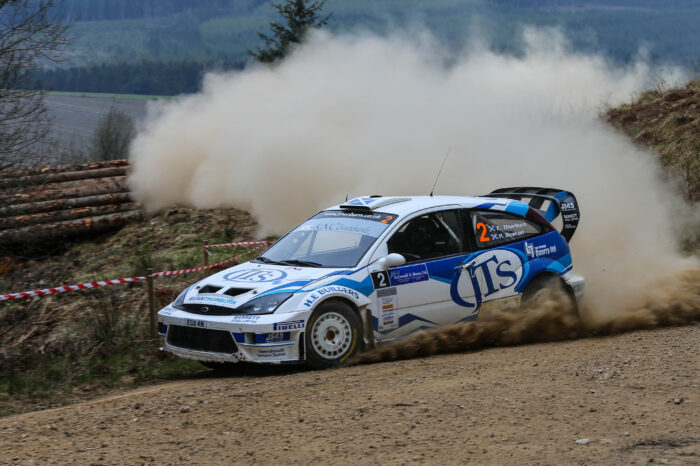 Thorburn has been the class of the field in 2019 after trading in his Ford Fiesta R5 for the mighty Ford Focus WRC. Scooping up victories on both the Border Counties Rally and the Speyside Stages, the 2014 and 2017 Scottish champion is looking incredibly tough to beat as the SRC heads for some of the most iconic stages in Scotland.

Tests such as Twiglees, Castle O’er and Ae are renowned not just in Scotland and Britain but indeed across the world, meaning that whoever emerges victorious on the stages around Moffat will have conquered one of the toughest and most prestigious challenges in national rallying.

Thanks to his searing form in 2019, Thorburn is the obvious favourite for victory after also winning the opening four rounds of the BTRDA series. This means the Duns driver has scored a win ratio of 100% in 2019, but curiously he will begin Saturday’s stages as the number two seed.

Returning to the SRC after a disappointing outing on the Speyside Stages is five-time champion David Bogie and co-driver John Rowan. The Skoda Fabia R5 pilot enjoyed a titanic battle with Thorburn before a broken steering rack curtailed his rally last month, and the home hero is expected to be on form as he hunts down a record-equalling sixth Scottish Rally win. 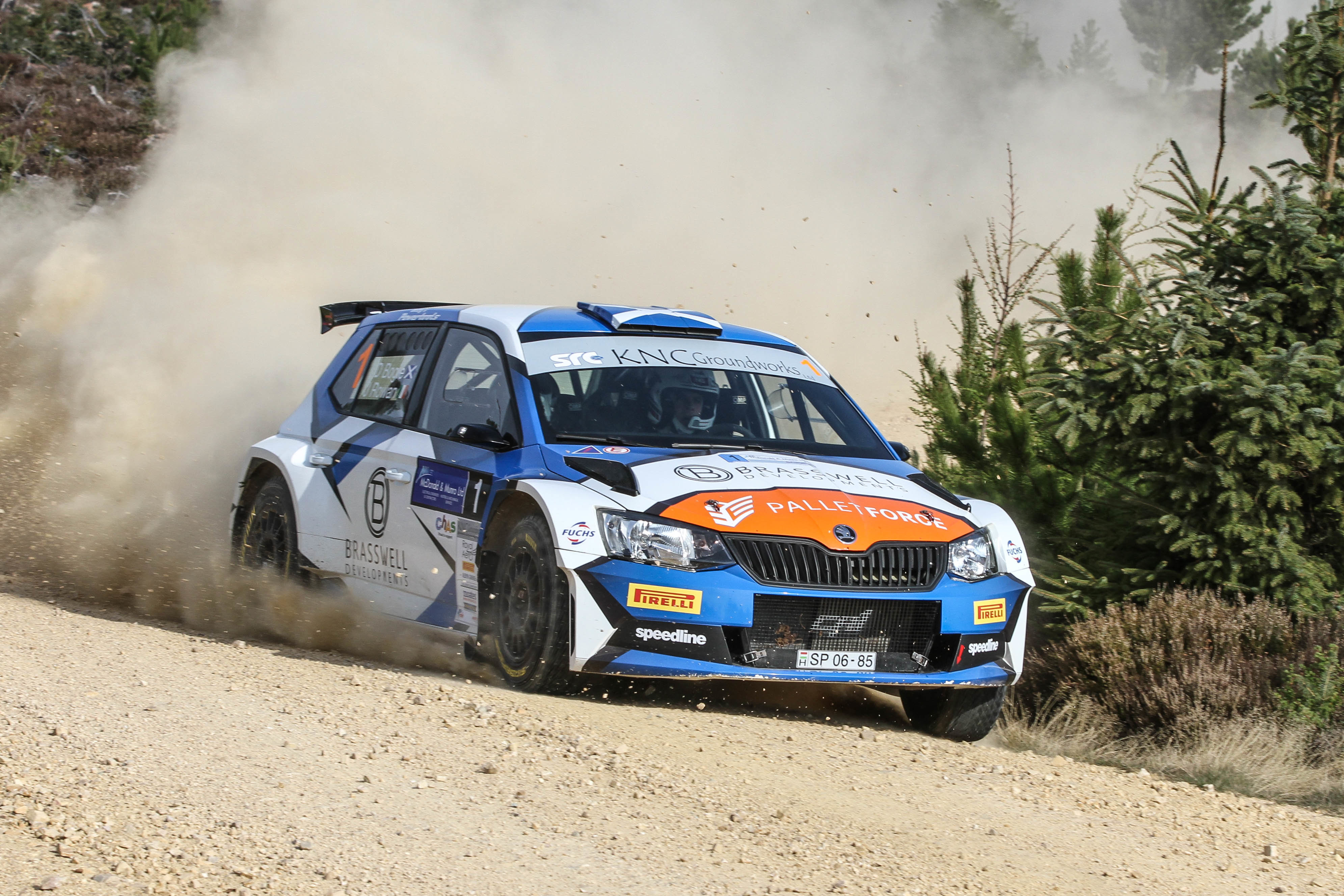 Following a subdued opening round in Jedburgh, double Scottish champion Jock Armstrong and Cameron Fair bounced back in Elgin with second overall in their Subaru Impreza. Seeded at three, the pair will be hoping for at least a podium as they look to hunt down Thorburn in the title race.

Garry Pearson and Dale Bowen had a Speyside Stages to forget; rolling their Ford Fiesta R5 onto its side and retiring in order to preserve the car. Pearson is hungry for a maiden Scottish title, so is therefore in need of a strong showing this weekend to get his season back on track.

Donnie Macdonald and Andrew Falconer have endured a frustrating start to their 2019 season, failing to score championship points in either of the opening two rounds. The Ford Fiesta R5+ duo will be wanting to put that right on the classic forest tests in Dumfries & Galloway.

Bruce McCombie and Michael Coutts bagged their first finish of the season last month as they continue to adjust to life in a Ford Focus WRC. They line up sixth, ahead of Freddie Milne and Patrick Walsh who have traded in their Mitsubishi Evo VII for a Ford Fiesta R5. After claiming two third places already this season, Milne’s performance in an R5 is destined to be one of the major-talking points this weekend. 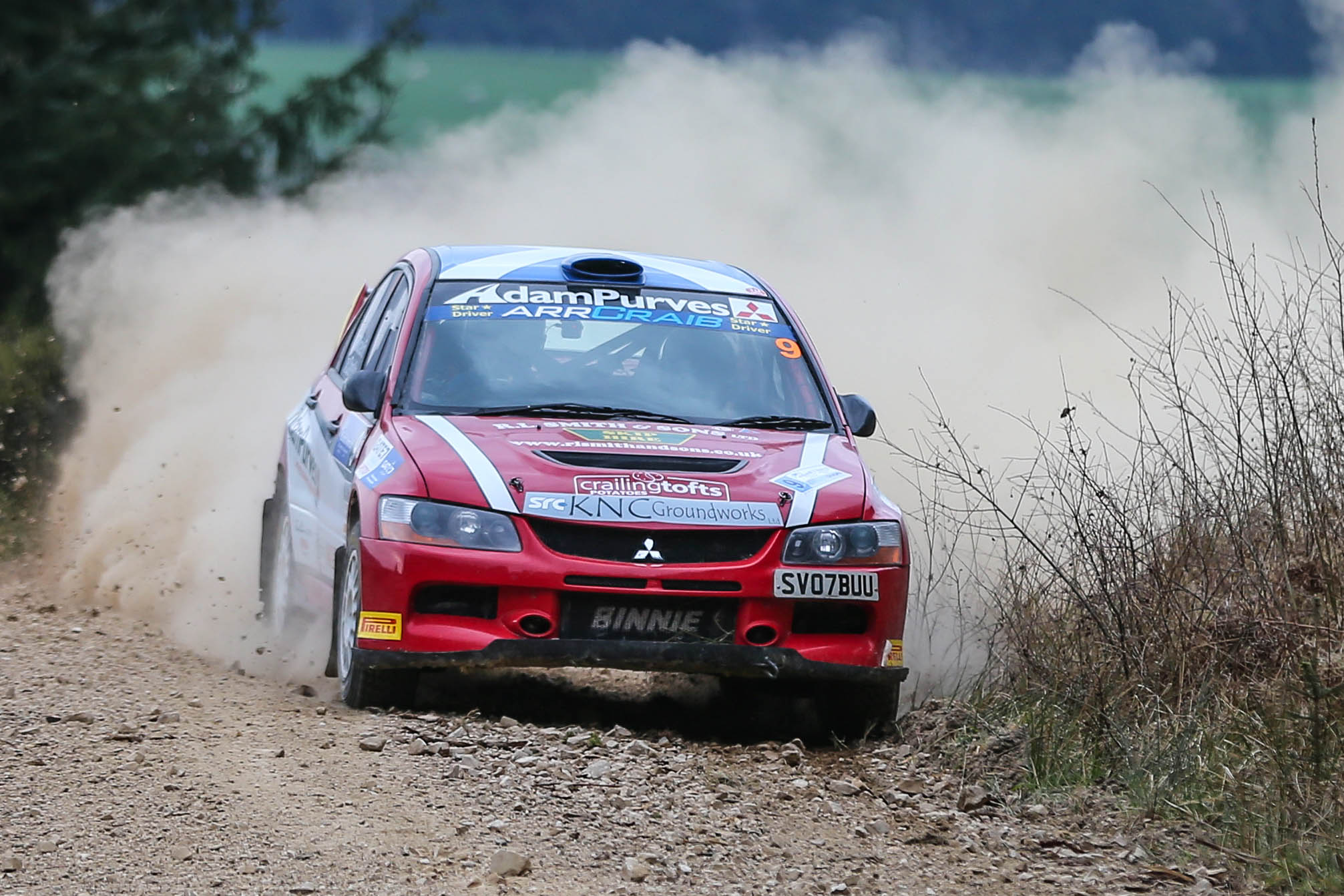 Michael Binnie has enjoyed a fantastic start to his 2019 season, notching up two fourth place finishes in his Mitsubishi Evo IX. He and navigator Claire Mole start as eighth seed, ahead of the Hyundai i20 R5 of John Wink and Neil Shanks.

Ian Bainbridge and Mark Fisher complete the top 10 seeds, back in the SRC after missing the Speyside Stages due to teething issues with their Subaru Impreza.

The Scottish 2WD Championship has a fresh look to it in 2019, with Paddy Munro and Duncan MacDonald sharing the spoils so far this season.

However it is local driver Iain Wilson and co-driver Chris Williams that top the entry, frustrated after retiring from the Speyside with clutch failure in their Ford Escort Mk2.

MacDonald and Munro are both set to challenge, with Paul McErlean another man renowned for being a thorn in the leaders’ side in another Mk2 Escort. Keith Robathan and Mark McCulloch took their BMWs to second and third on the Speyside, and both return to action this weekend. 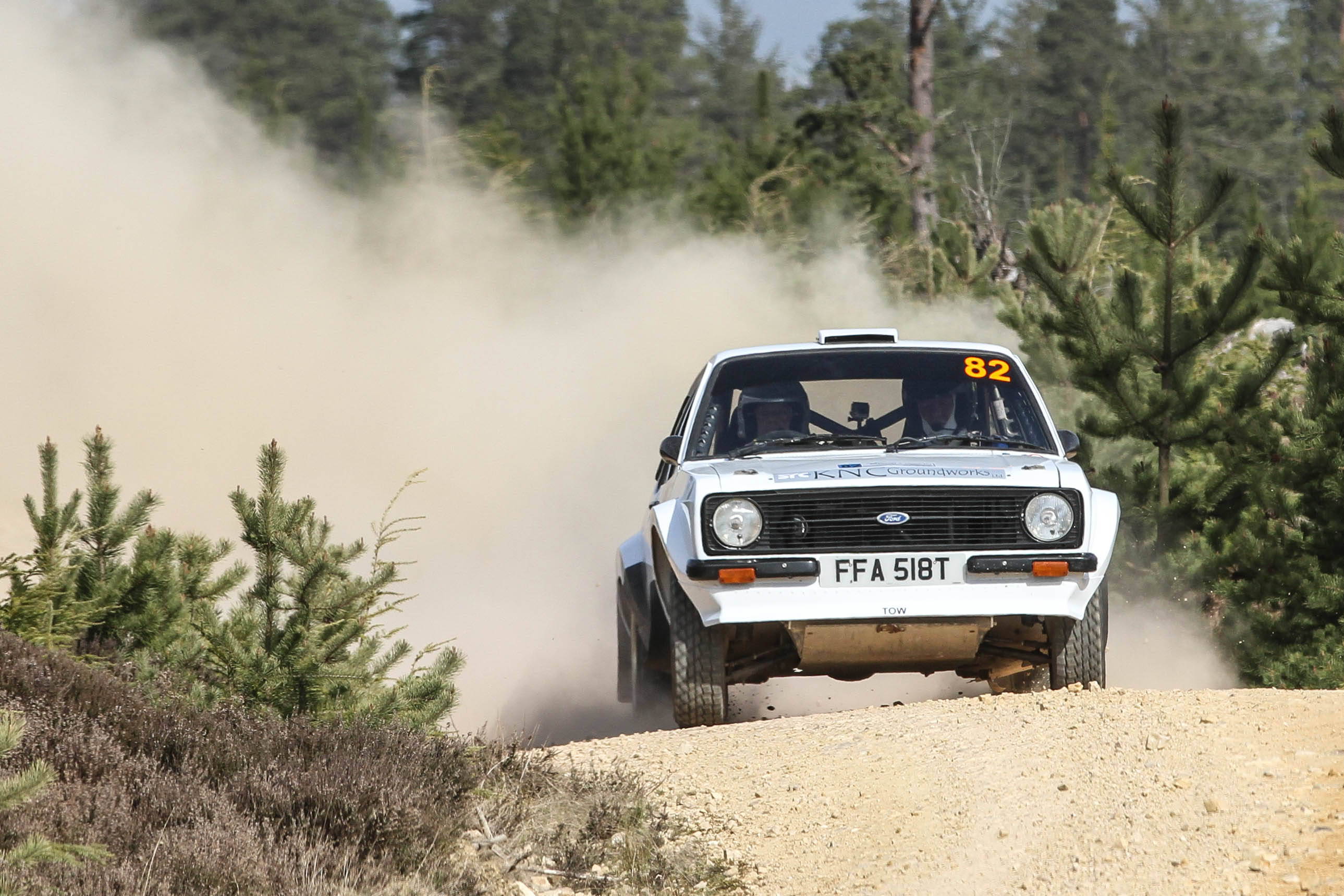 The battle in the Albyn Garage SRC Challengers has been typically hot in 2019, with three Mitsubishi Evo IX’s heading the mix.

Scott Macbeth, Thomas Gray and Alan Dickson have been closely matched over the opening two rounds of the series in their Mitsubishi Evo IX’s, while Impreza interloper Bainbridge is expected to muscle his way into contention in his Subaru.

Jude MacDonald is the top Junior seed in his Skoda Fabia R2 after a superb Speyside drive that netted him the SRC John Horton Star Driver Award. Max Redpath starts as favourite in the Used Car Parts Subaru Cup, but has championship associate sponsor Mike Moates close in arrears.

The RSAC Scottish Rally sees the two-wheel-drive cars run ahead of their four-wheel-drive counterparts, and consists of six special stages totalling around 40 competitive stage miles. It all gets underway in Moffat from 9am before the leaders return to the town at 4pm.