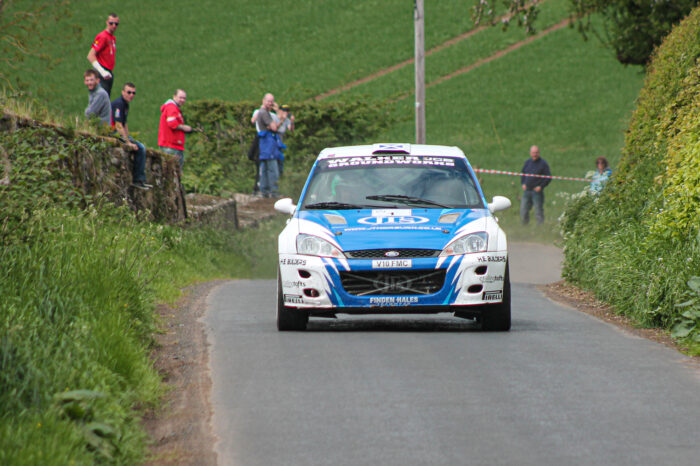 The start of the KNC Groundworks SRC season is always an exciting time. New cars, new driver & co-driver partnerships and new names coming in to the championship fold. 2021 is potentially one of the most intriguing in recent times. A truncated, 5 round format due to the ongoing Covid 19 situation, and for the 1st time ever in the modern era, a season beginning on tarmac.

After 3 years on the gravel, the Dunoon Presents… Argyll Rally team have organised the 1st sealed surface SRC round since the Jim Clark Rally in 2013. The roads however couldn’t be any more different. The Clarks’ traditional Border roads around the edges of farmers’ fields have given way to narrow, twisting hill passes, usually the domain of logging lorries and brave cyclists, or seaside trails, normally populated by intrepid tourists headed for a day by the water. The roads are challenging and unless you’re local, brand new to everyone. As SRC Chairman Roy Campbell says: “Rallying is man and machine against the elements and unfamiliar stages are just another element.”

So who are likely to be this seasons’ big players?

Michael Binnie & Claire Mole are the last crew to win an SRC event, snatching a dramatic last stage win on the 2020 Snowman. Since then they’ve upgraded their equipment to the ex-John Morrison Evo. More Power, different suspension and a sequential gearbox are all things to get used to, on top of learning the closed road game, although the ex-racer has plenty of tarmac experience on circuits.

If you read the entry list, you’d be forgiven for being a little confused at Jock Armstrong & Cammy Fairs’ entry. But no, it’s not a typo, Jock Armstrong is competing in a Fiesta R5 and not his venerable Impreza. After some reflection over lockdown a test was set up mainly to satisfy Jocks’ curiosity. Some highlights: launch control is scary, left hand drive is going to be tricky and there are too many buttons on the steering wheel. However, in Jocks’ own words, the car goes “alright”.

One of the highlights of the Snowman was the last stage charge of Freddie Milne & Patrick Walsh. Based in the United States, Freddie was able to compete on a couple of tarmac events in Spain over the lockdown, both in his own Mk1 Fiesta R5 and a Buckley prepared MK2 R5. Despite the travel, Freddie cannot wait to be back in Scotland, feeling that the SRC is part of his family history and still the best place to compete.

Donnie MacDonald has entered Argyll in his Snowman winning Evo as a gesture of thanks to the people who have looked after the car for so long and is looking forward to seeing how he stacks up against the other Mitsubishis. With regular co-driver Andrew Falconer unavailable due to family commitments the experienced Jamie Edwards will be in the hotseat. With experience of Mull, the Manx and Ireland Donnie is one of the better prepared drivers for tarmac in the SRC.

At the opposite end of the experience spectrum, Argyll will be John Winks’ 1st ever tarmac rally and his 1st event utilising the 1-6 note system. The Hyundai driver has already completed an extensive test with both co-driver Neil Shanks and BRC Champion Matt Edwards in attendance to help the i20 driver get up to speed. The car is largely unchanged although it is sporting a couple of new sponsor logos with McCombie Builders and NorDan coming on board.

Joining the SRC Regulars, Hugh Hunter & Dale Bowen will be in Argyll in an 05 Focus, with Hugh registered for the SRC. With wins in Ireland and on the Manx National Hugh is a force to be reckoned with on the tarmac and hopeful of testing himself on the gravel against Scotlands’ finest too in 2021.

Top 2wd on the Snowman, Mark McCulloch & Michael Hendry are looking to build on that result in 2021, in their 1st full year as an Escort crew. Having won the Solway Coast multiple times their pace on tarmac should be strong, especially with Mark utilising lockdown to increase his fitness level, dropping to 12 stone in the process.

Taking a different approach to increasing performance, Irish crew Paul McErlean & Niall McKenna have upgraded to a 2.5 litre engine in their Escort, upping the power by about 70 horsepower. As with most rally prep things have been very much last minute, the car still on 13 inch wheels rather than the planned 15s. Don’t expect the bodywork to be redone either, in Pauls’ words “there’s no point in painting it because we’re probably going to bend it”. Very experienced on Irish closed roads they could definitely be a force in Argyll, provided they can make the tyres last….

So what have the reigning 2wd champions done to combat this upgraded competition? Well in Iain Wilsons’ own words: nothing. The car has had a strip down and rebuild over lockdown but no upgrades have been installed. They have form on tarmac, finishing 3rd overall on Warcop in 2018. Iain another driver looking forward to seeing people almost as much, if not more than the competition.

In the Fwd ranks, 1st ever John Horton Star Drive winner Keith Riddick is back for a full campaign with sister Mhairi alongside. Having spoken to competitors with Mull and Irish experience Keith reckons neat and tidy is the way forward and “you should drive like you’re late for the boat”. He’s also going to be running gravel suspension in a bid to keep the MG stable over the bumps.

Sticking with the MG theme, Niall Cowan Jnr is another driver to have rebuilt the car over the extended break. A change to the exhaust manifold has improved the cars’ driveability and it’s also been on a diet. Niall and co-driver Callum Shanks another crew to complete a test in a bid to get up to speed.

Star drive nominee in 2019, Fraser Smith will be competing in Argyll in a new Civic. Around 30hp up on his regular car and sporting a dog box the new car should be a weapon on tarmac and hopefully will sound just as good. Fraser, very experienced on single venue tarmac events, has no closed road experience beyond the Solway Coast Rally.

Fellow Junior Johnnie Mackay is back for another season in the Fiesta ST. Having had his eyes opened on the 2019 Jim Clark Johnnie has a bit of an idea of what closed roads are like. The car has had a gearbox rebuild after a leak was discovered on the M-Sport Stages but remains in Group N spec. One of the highlights of this season could be the battles with fellow J1000 graduates Ewan Tyndall & Linzi Henderson, both in Fiestas.

Championship sponsor Kevin Crawford is another tarmac novice. Admitting to being a bit intimidated about closed roads Kevin is being realistic with his expectations for Argyll. With the car remaining largely unchanged and Andrew Stevenson alongside as usual this season will be a concerted attack on the Albyn Garage Challengers Championship.

Championship supporter Mike Moates is back again for the 2021 season with son Michael alongside. After dominating the Subaru Cup by over a minute on the Snowman the car has been treated to a rebuild and a couple of small upgrades. Mike is fired up for a flat out assault on the Andrew Wood Motorsport Subaru Cup and is looking forward to battling the other crews.

Beyond those registered for the SRC Argyll has a stacked entry. With names like Garry Jennings, David Bogie, Daniel Harper, John Stone and John Macrone on the entry list picking a winner could be nigh on impossible.

Looking beyond Argyll SRC Chairman Roy Campbell is delighted that the championship is finally back after 15 months away and very grateful to the sponsors and supporters for staying onboard despite the break. Roy is also delighted to welcome a new partner on board: “As Chairman of the KNC Groundworks Scottish Rally Championship may I welcome Gulf Race Fuels to the Championship as the official fuel supplier. We have all suffered frustrations and disappointments during the Covid epidemic so a good news story is most welcoming and Gulf’s introduction to our Championship can certainly be classified as good news.” 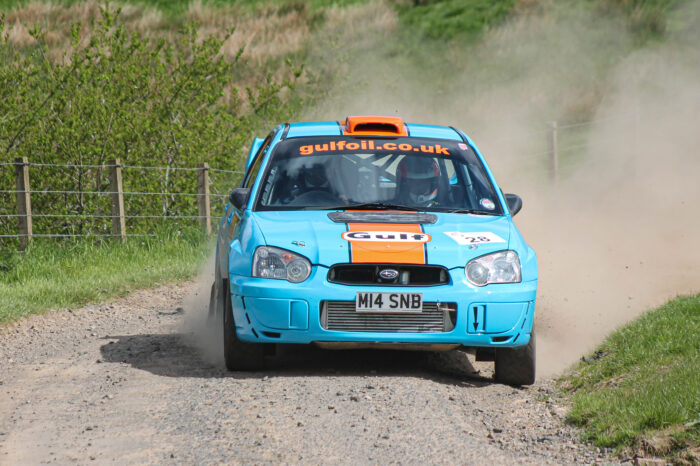