More Contenders Line Up For the Dunoon Presents … Argyll Rally 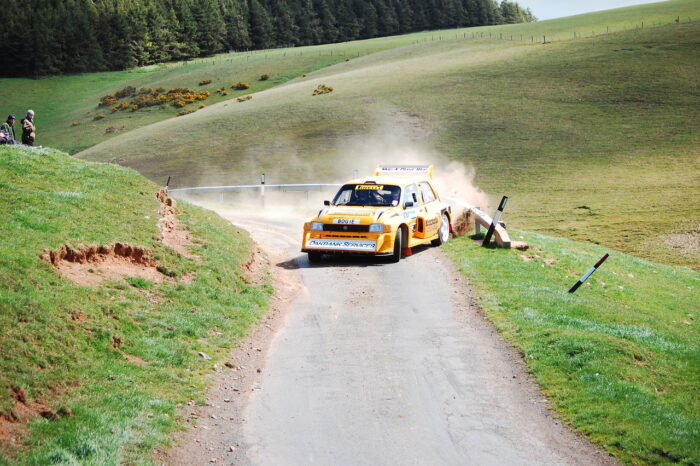 With the opening round of the KNC Groundworks Scottish Rally Championship rapidly approaching yet more teams are throwing their hats into the ring to claim points for the 2021 season.

Possibly the registration with the biggest championship implications is the 5 times champion David Bogie and co-driver John Rowan. David will be contesting Argyll in his monster of a Mk2 and is already on the Scottish entry list in a Polo R5. The big question: is he going for title number 6?

Initially on the reserve list Garry Pearson & Jack Morton are now officially on the starters list. Garry, who came within 1 stage of the SRC title in 2016, has been seen testing an Evo 9 earlier this year but is on the entry list in his now traditional Fiesta R5. The Duns native should definitely be a force on tarmac.

Another interesting entry is the Fiesta of Andy Scott & Laura Connell. The former 2 times British Rallycross runner up has finished 3rd overall in Rally Barbados in the past. Will the skills learned amid the Barbados plantations transfer over to the Argyll tarmac?

Another reserve initially, former MK2 and Skoda pilot Robert Adamson made his R5 debut on the Snowman in 2020. With 2018 champion co-driver Jane Nicol alongside it will be interesting to see how Robert goes on a surface he has more experience on than most.

Looking beyond the 4wds one of the most interesting tales is the story of Linzi Henderson. A pre-event inspection revealed her Fiesta was sick with a suspected head gasket failure. With the event rapidly approaching the decision has been made to unleash Linzi in her dads’ historic spec MK2 Escort. Talk about jumping in at the deep end……

The rally starts from Dunoon Pier at 6:30pm on Friday with 2 stages through the streets of the town before heading into the Argyllshire countryside for 3 more stages.  Saturday sees a further 8 stages, a loop of 4 stages run twice.  Further information is available on the Argyll Rally website at argyllrally.co.uk.

In partnership with Royal Aero, the SRC media team are planning live action from 3 stages over the 2 days, wi-fi signal and weather permitting.  Make sure you’re following the SRC across social media to keep tabs with everything that’s unfurling as and when it happens.