The RSAC Scottish Rally wasn’t just the KNC Groundworks Scottish Rally Championships’ return to the gravel, it was also an event where the 2wd cars ran at the front in reverse seeding order. This would make for an interesting day for the clubmen battling throughout the classes.

Class C2
There would be no finishers. Bryan Gourlays’ 205 retired with electrical issues at the start of SS2 & Martyn Erskine rolled out of the event after catching a car and getting lost in the dust. Impressive, nonetheless, considering both Martyn & his co-driver Mark Burgess were competing in their 1st ever rally. 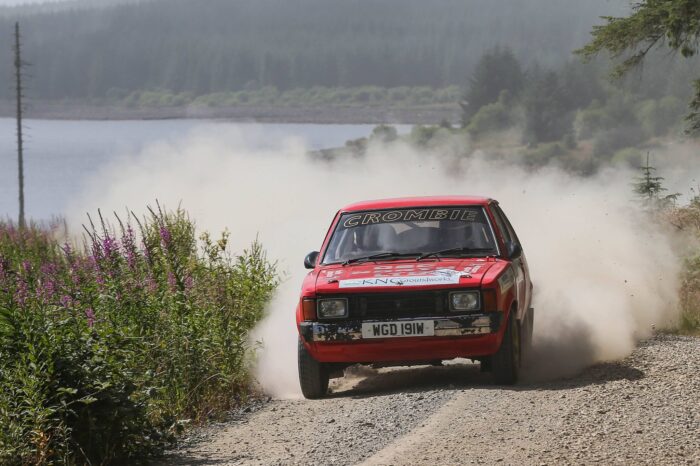 Class C3
Martin Crombie & Ricky Finlayson would survive a fraught day to take the C3 honours. Misfires, overheating, electrical issues…. you name it they had it over the course of the day, but they did finish. The adventure wasn’t over when the service vans’ alternator belt snapped on the way home. I think the phrase is character building. 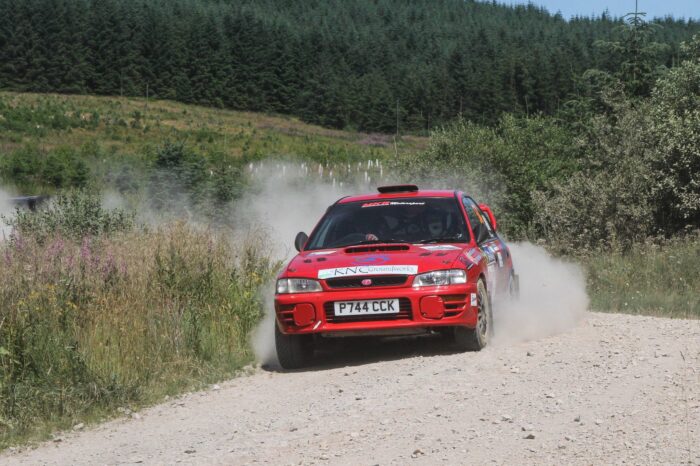 Class C5
Taking the class & the Andrew Wood Motorsport Subaru Cup honours, Michael Renton & John Shepheard were happy at the finish. It wasn’t all plain sailing, trapped in the previous cars’ dust all day the car would overheat in SS4 causing the engine to go into limp mode. They would enter stage 5 2nd in class but were amazed to pass class leaders John & Meghan O’Kane in a ditch, leaving them to pick up a 2nd class win of the year. 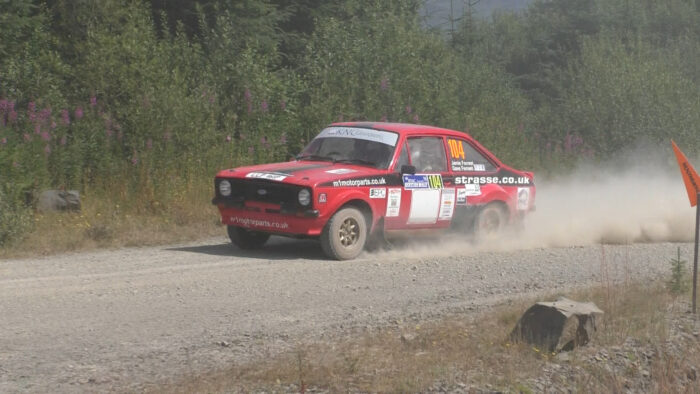 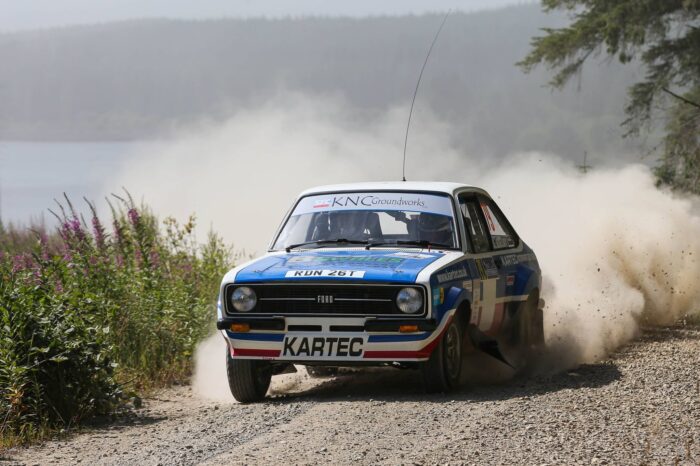 Class H2
Taking the class win, David Brown & Steve Bielbys’ Mk2 Escort would finish a minute and a half up on the Mitsubishi Galant of Tom Coughtrie & Ian Fraser. 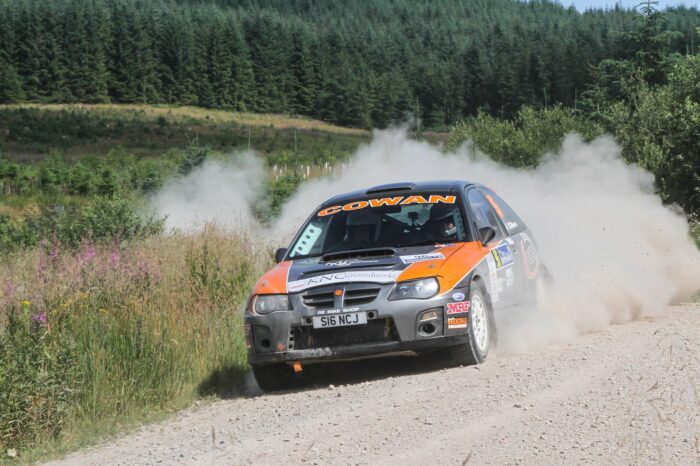 Class M2
Niall Cowan Jnr & Callum Shanks really enjoyed their day out. Niall feeling comfortable in his home forests and really glad to be back on the gravel, the MG running faultlessly on its’ way to the class win. 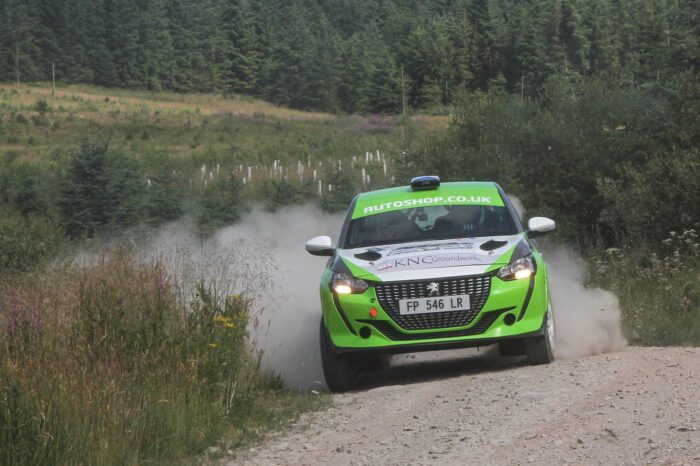 Class M3
2 of the stars in Argyll, Keith Riddick & Ewan Tindall would both roll out of the event. Taking the win and really impressing, Peter Stewart & Harry Marchbank were debuting their new 208 R4. The 1.2 litre turbocharged machine absolutely charging all day to take the class, 2nd 2wd and an Albyn Garage Challengers win. Definitely a car and crew to watch for the rest of the year. 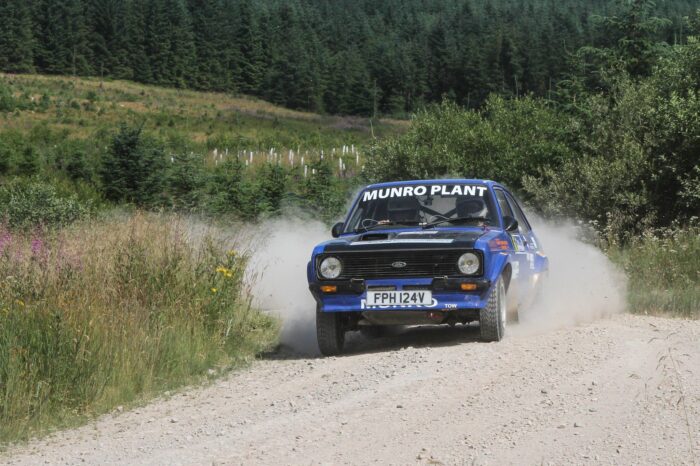 Class M4
An early puncture for Paddy Munro & David O’Brien would damage the MK2s’ suspension leaving them limping the entire day. Paddy drawing on all his mechanical sympathy to nurse the car home to a class win. 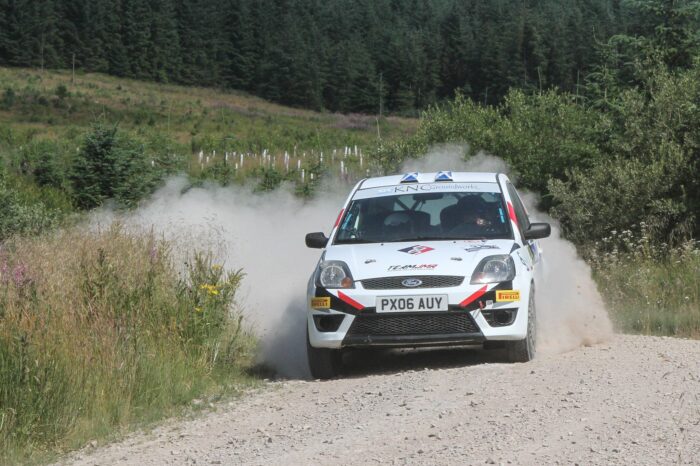 Class M5
Taking the class win by 2 minutes and the Bob Shepherd Junior win, Johnnie Mackay & Emily Easton-Page bounced back well from their Argyll roll. Staying out of trouble and crucially puncture free was the key to success for the Fiesta crew. 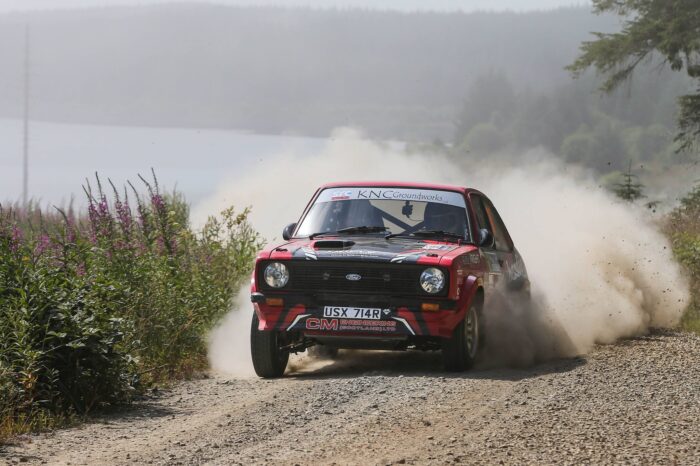 Class M6
Class winners by over 2 minutes and top 2wd it was another solid day for Mark McCulloch & Michael Hendry. Another crew to stay puncture free, Mark was very satisfied with the result at the finish, in particular thanking Andrew Wood for his help choosing tyres and of course praising Michael for a great job on the notes as usual. 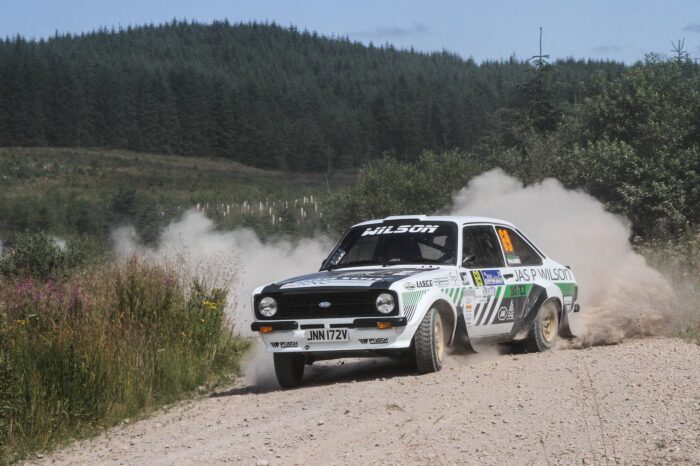 Class M7
Having announced they were going to take a break from rallying after the Scottish, Iain Wilson & Chris Williams were determined to enjoy themselves. A couple of punctures didn’t help but they would take the M7 win and 3rd 2wd. Hopefully we will see them back in the future. 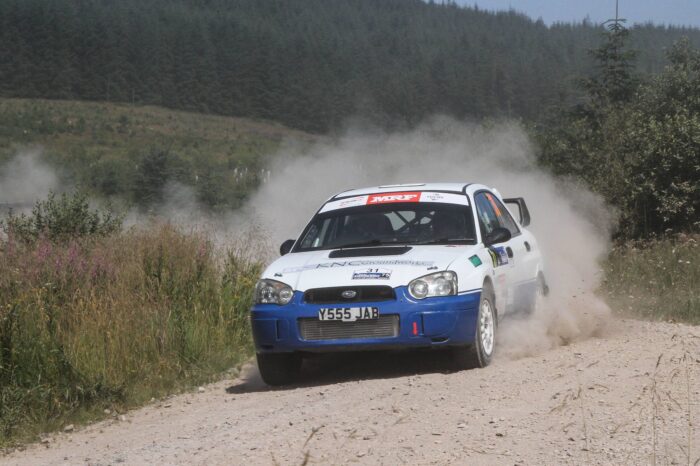 Class M8
Taking a 2nd dominant class win, it was another solid result for Ian Baumgart & Dave Robson in the Impreza, just under 1 minute & 40 seconds ahead of their nearest rival at the finish. 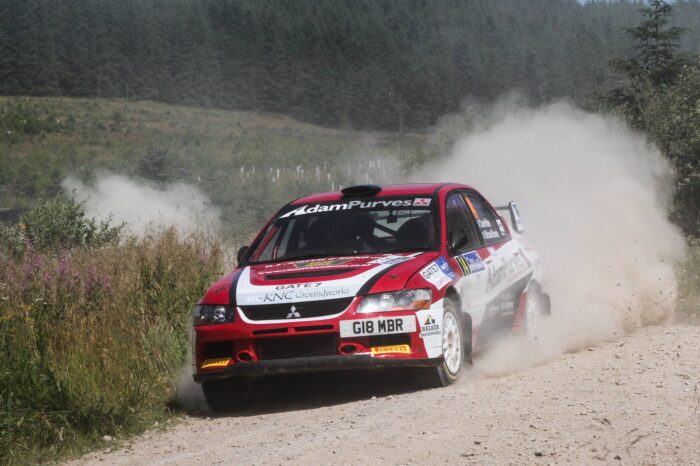 Class M9
5th SRC crew Michael Binnie & Claire Mole would take the M9 honours. It wasn’t an easy victory, 2 punctures and overheating problems made it a tough day in the woods for the Mitsubishi crew.