The Armstrong Galloway Hills featured one of the strongest entries amongst the classes and clubmen.  Let’s see who came out on top. 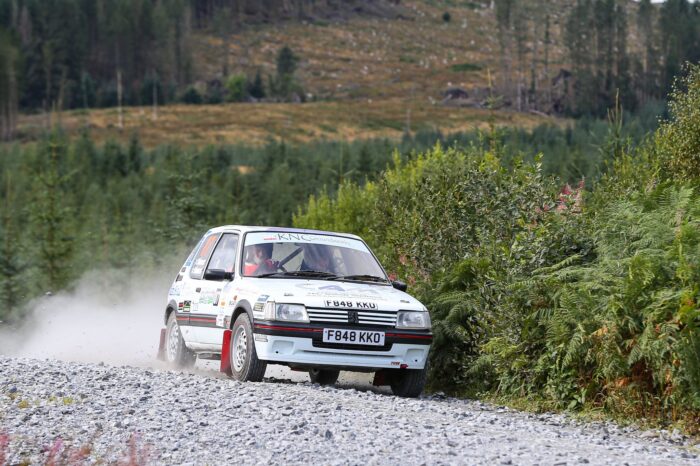 Class C2
After the fuse box and alternator both failed early on the Scottish, local father and son team Bryan & Scott Gourlay were back with their refettled Peugeot 205. A 30 second penalty for hitting a chicane in SS3 when Bryan wasn’t listening properly was a slight setback but after that they had a good run to the class C2 win. 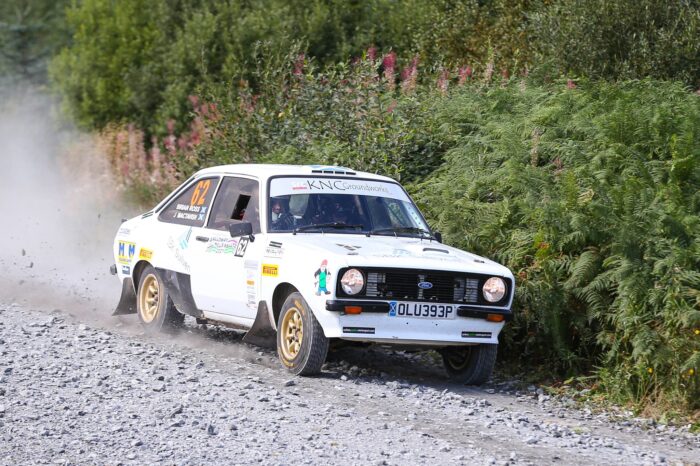 Class C3
On only his 2nd event in a Mk2 Escort, Elgin’s Brian Ross had an excellent run. Mixing it with the 4wd cars he produced one of the drives of the day to finish 26th overall in a relatively low specification car. Brian was also impressed with co-driver Jamie Mactavish’s job on the notes all day as well. 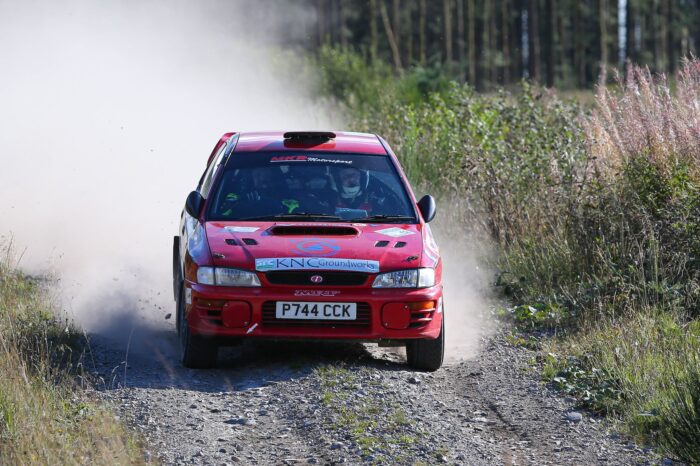 Class C5
Making it a perfect 4 out of 4, C5 once again went to Tain’s Michael Renton & co-driver John Shepheard from Elgin. Despite some concerns over the car’s suspension before the event everything held up well and they were able to have a clean run, taking the class and the Andrew Wood Motorsport Subaru Cup honours. 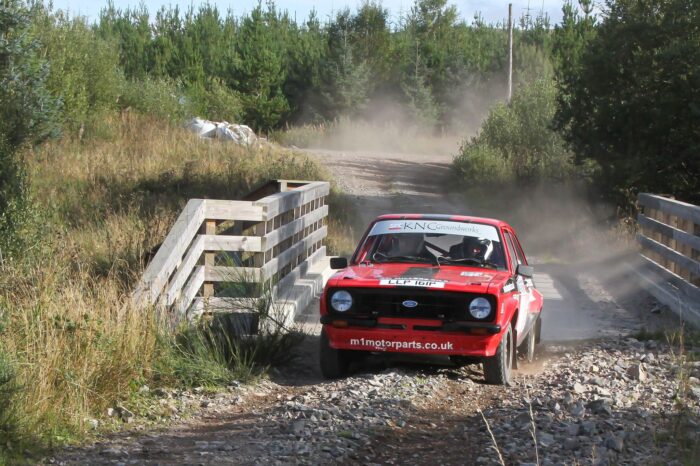 Class H1
Class winners on the Scottish, Dave & Jamie Forrest from Bradford were back on top once again on the Hills, but only after the retirement with engine failure almost within sight of the finish of the last stage of the Mk1 Escort of pace-setters Andy Kelly / Roy Campbell. 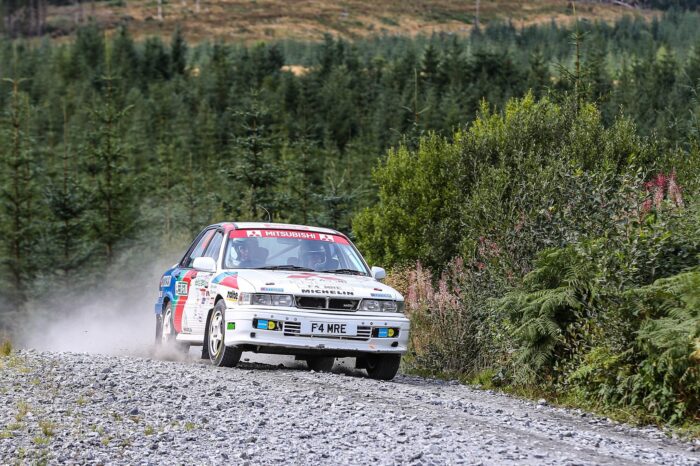 Class H2
Retiring early on the Grampian, Ayr’s Tom Coughtrie & Mulls Ian Fraser were looking to bounce back on the Hills. Despite having 4 wheel drive in their Mitsubishi Galant, they found the roads to be very slippery in the morning.  The afternoon went much better and they would take the H2 win by over 3 minutes from the BMW 325i of Ernie & Patricia Lee. 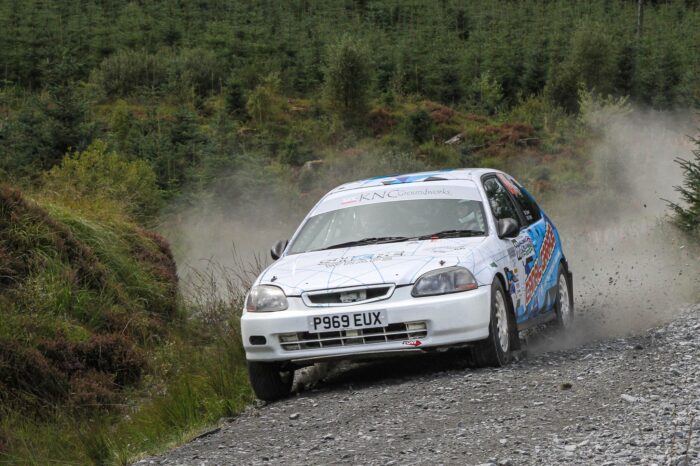 Class M2
After their disappointing last stage exit on the Grampian, Fraser Smith from Houston & Fort William’s Steven Brown were another crew hoping to bounce back on the Hills. An excellent run to 30th overall, they took the class by just 13 seconds in their Honda Civic from local crew Niall Cowan Jnr & Callum Shanks. The MG crew delayed during the day by driveshaft difficulties. 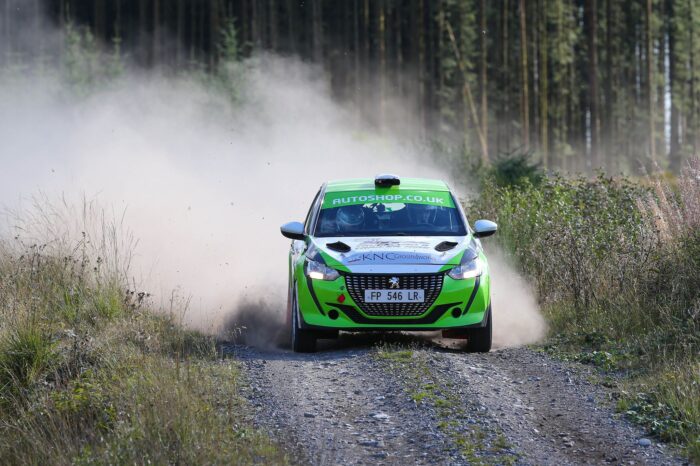 Class M3
Peter Stewart from Dumfries took his 3rd class win in a row in his Peugeot 208 R4. With regular co-driver Harry Marchbank rallying abroad Peter had lined up 5 times SRC champion co-driver Kevin Rae for the hotseat. I think the term is super sub……….

The sole Class M4 runners, Glenshiel’s Paddy Munro & David O’Brien from Duns, would officially retire on stage 1 when a crank sensor wheel failed in their Mk2 Escort. They would get back out for some fun on the final 3 stages and really enjoyed the second loop. 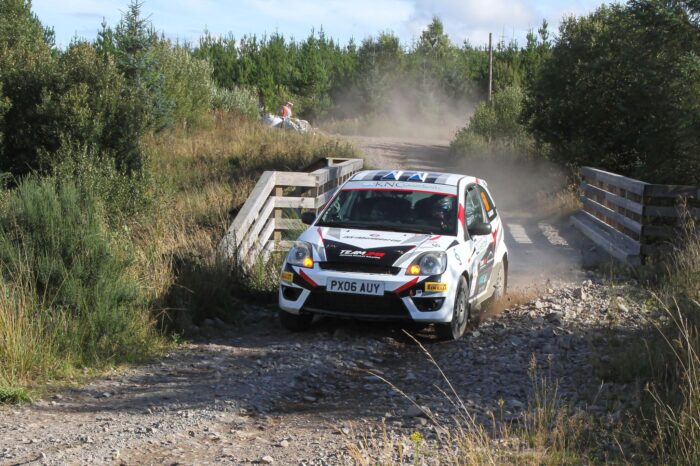 Class M5
After Bobby Mitchell & Craig Wallace retired with suspension failure it was left to the Aberdeen Junior crew of Johnnie Mackay & Emily Easton Page to limp to a class win. That was because they were in serious transmission trouble all day, finishing the day with no clutch and their Fiesta ST stuck in 3rd gear. 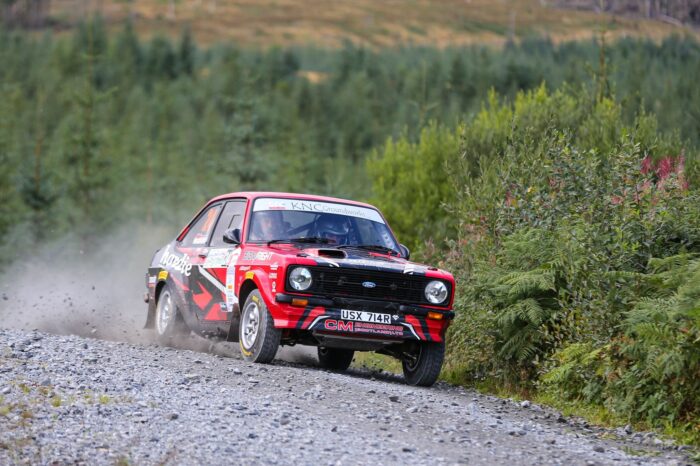 Class M6
Another crew to score a perfect 4 wins out of 4, Mark McCulloch & Michael Hendry would also wrap the Scottish 2wd title in Mark’s home forests. The Hardie Escort crew enjoying a good battle during the day with Irish visitor Shane McGirr in his rear-wheel drive Toyota Starlet. 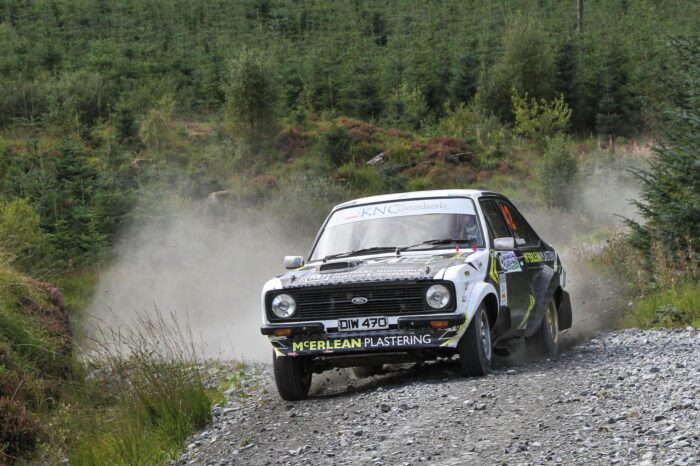 Class M7
Taking their 2nd M7 win in a row it was a day of 2 halves for Irish regulars Paul McErlean & Niall McKenna. Absolutely loving it in the morning they were really enjoying both the stages and learning more about the car. A shattered wheel in the afternoon put a dampener on things but they would finish a solid 23rd overall. 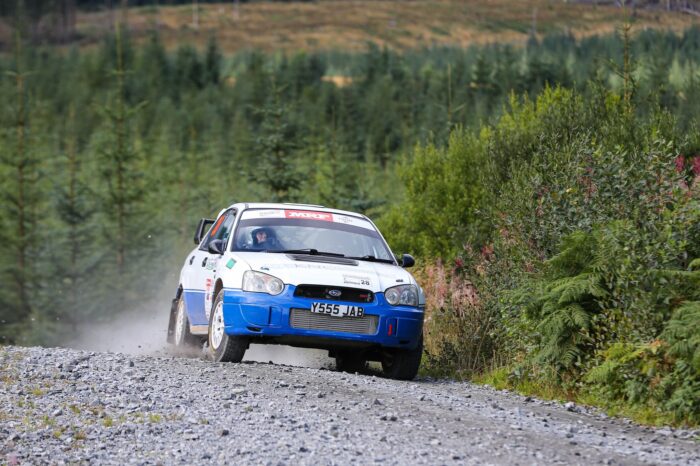 Class M8
Delighted to see the finish without having punctured a tyre during the day, the Borders crew of Ian Baumgart & Dave Robson’s only issue during the day was a half spin in SS2 in their Subaru Impreza. Ian was one of many drivers to say that these stages were the best of the year so far. 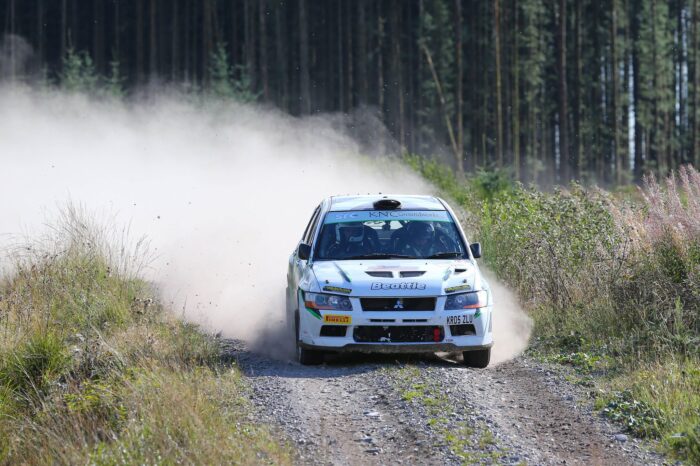 Class M9
Taking their 1st class win of the season and their 1st ever SRC podium as a team Scott Beattie & Paula Swinscoe were absolutely over the moon at the finish. They are also the 1st crew this year to put an M9 class car on the podium, impressive going in their Mitsubishi Evo 7 against the purpose built P1 class cars.