The fate of the 2021 KNC Groundworks Scottish Rally Championship was decided with a head-to-head shootout between Jock Armstrong / Cammy Fair and Garry Pearson / Niall Burns over 5 Kielder tests on the final round, the Carlisle Stages. 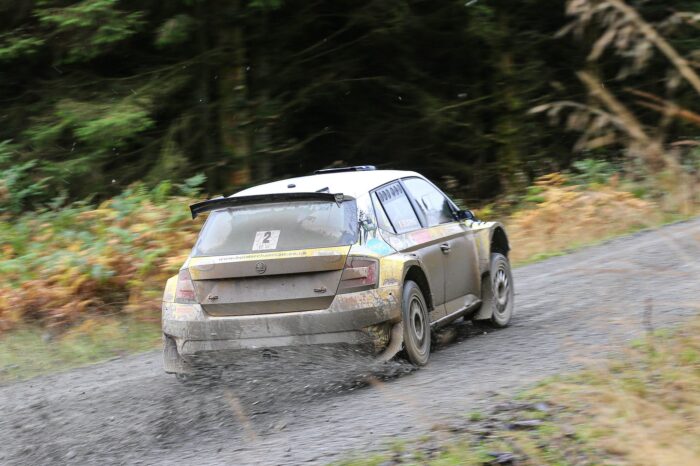 Taking the win and the overall title Duns Garry Pearson & Niall Burns from Donegal were understandably delighted at the finish. Leading from stage 1 the Fabia crew were only beaten on a stage by their championship rivals, Jock & Cammy’s challenge sadly ending with engine failure on the final stage. That left Garry & Niall to romp home to both the rally win and the Scottish title, Garry following in his father Monty’s footsteps who was Overall co-drivers Champion back in 1994. 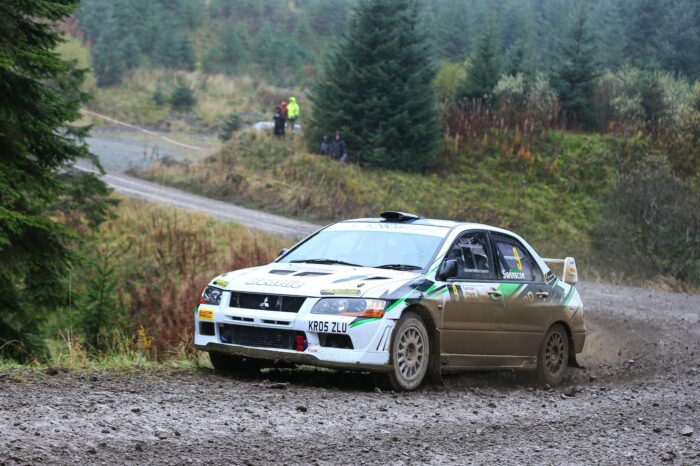 2nd SRC crew home on the event was another excellent result for Alford’s Scott Beattie & Paula Swinscoe from Withnell. Flying once again they did enough to wrap up the Mitsubishi Motors Open Category by just 16 seconds at the finish. 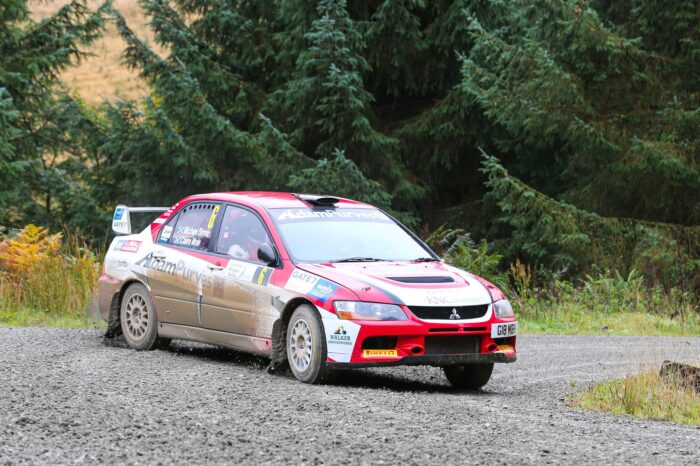 3rd SRC and just losing out on the Mitsubishi win, the Borders crew of Michael Binnie & Claire Mole dropped time early on with damaged rear suspension. Once that was fixed in service they did all they could to claw back time on Beattie & Swinscoe, the 2 Evos setting identical times over the final 2 stages. 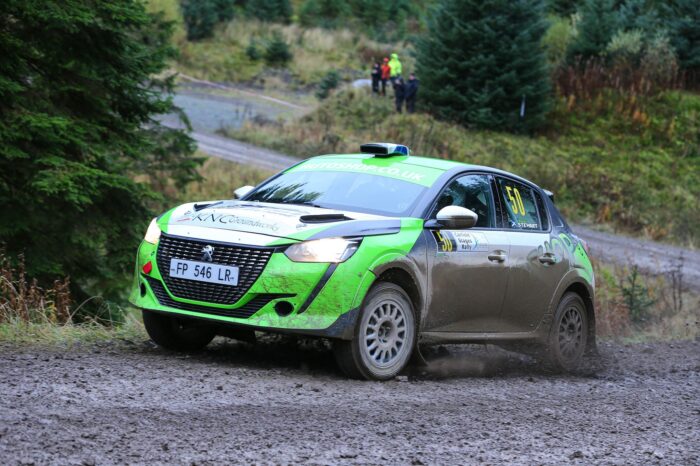 Taking the top 2wd honours on the event Peter Stewart did enough to wrap up the Albyn Garage Challengers drivers title as well. The 208 R4 was flying once again to a fantastic 10th SRC car home. An incredibly impressive performance from the Dumfries driver on fast stages in a 1.2 litre front wheel drive car. 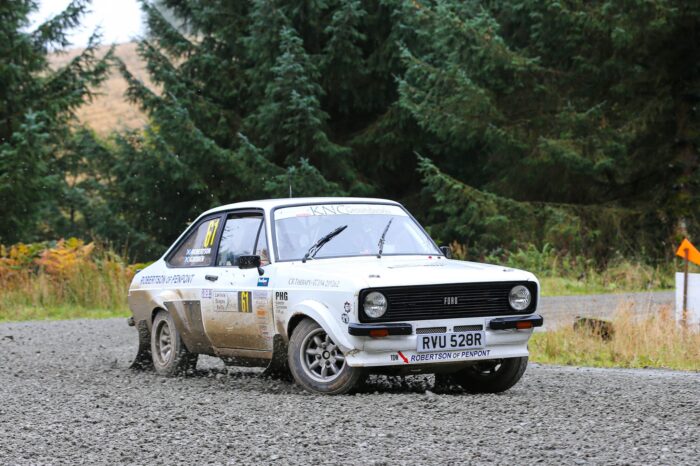 Winning the M6 class, Jim Robertson was determined to reach the finish and guarantee Annan co-driver Paul Gribben the Albyn Garage Challengers co-drivers championship. On top of that they had to make sure the car was ready for the Roger Albert Clark in a few weeks time. Job done on all fronts with an excellent drive. 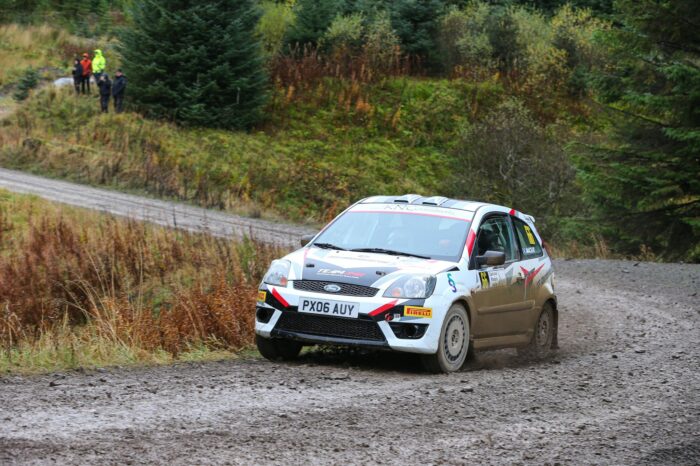 In the Bob Shepherd Junior race Aberdeen’s Johnnie Mackay and Jordan Anderson from Inverness were going head to head in a winner takes all contest. Unfortunately for Jordan a burst brake flex forced him out before the final stage. That left Johnnie to cruise to the title after his strongest gravel performance so far, joining co-driver Emily Easton-Page as Junior champions. 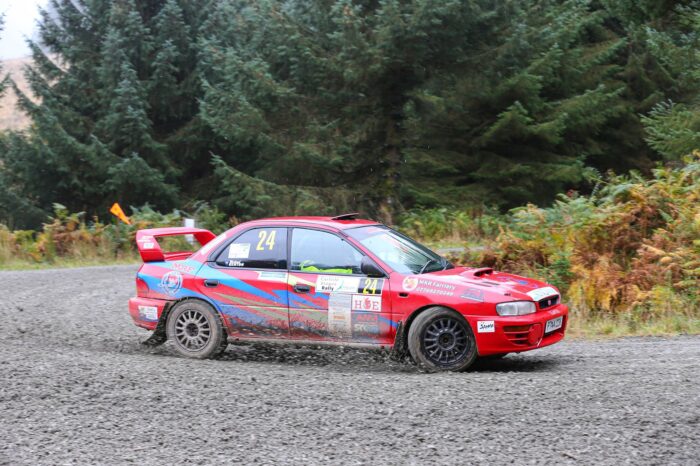 The Tain/Elgin crew of Michael Renton & John Shepheard’s almost perfect season continued with another Subaru Cup win. They couldn’t relax though as championship supporter Mike Moates was ready to strike if they slipped up. Michael & John enjoyed some of their best stages in the afternoon, the high speed nature of the roads suiting the Impreza crew down to the ground as they wrapped up the Andrew Wood Motorsport Subaru Cup title. 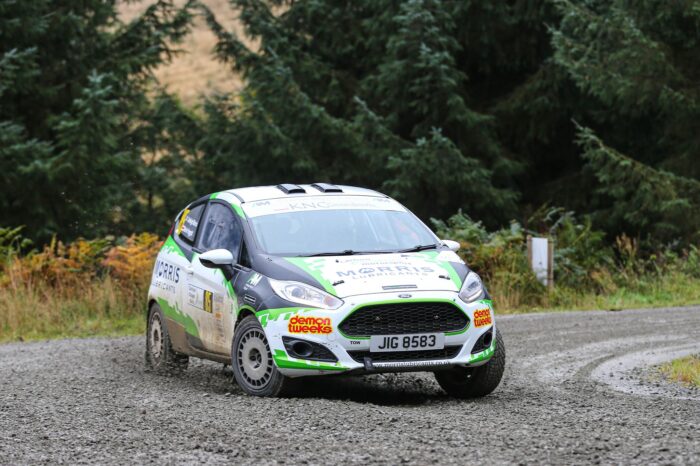 Fiesta pilot and Rugby resident Ashleigh Morris came into this event just needing a finish to take the Ladies title in her 1st SRC season. Catching and passing a car in stage 1 set the tone and she would deliver a solid 59th overall finish to guarantee the Ladies championship after a season long tussle with Evo driver Aileen Forrest. 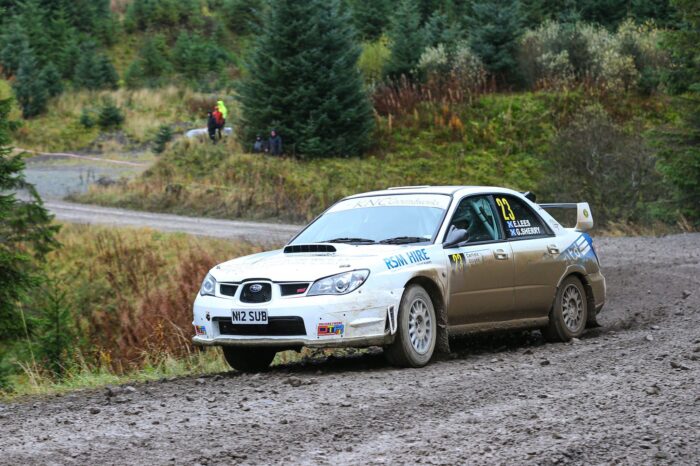 Finally, tied with the ST Fiesta of Johnnie Mackay & Emily Easton-Page going into the final round, the Gartcosh/Glasgow pairing of Graeme Sherry & Ewan Lees finished 18th overall to clinch the Group N title in their Subaru Impreza.