As always the Snowman was well supported in the various Clubman and 2 wheel drive classes. Let’s see who came out on top. 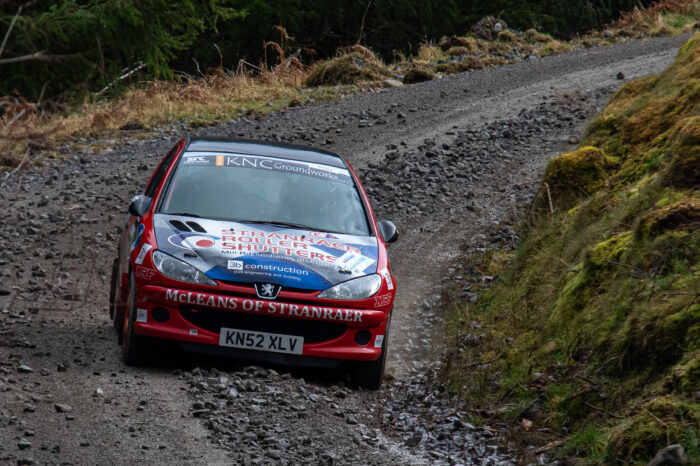 The 206 crew of Martyn Erskine & Kieran Hyslop made the long trip north from Stranraer to contest their 1st ever Snowman Rally. They spent the day battling clutch issues, especially in stage 3 where Martyn was forced to just bang through the gears without the clutch. Despite all the problems they would take the class win by over 5 minutes. 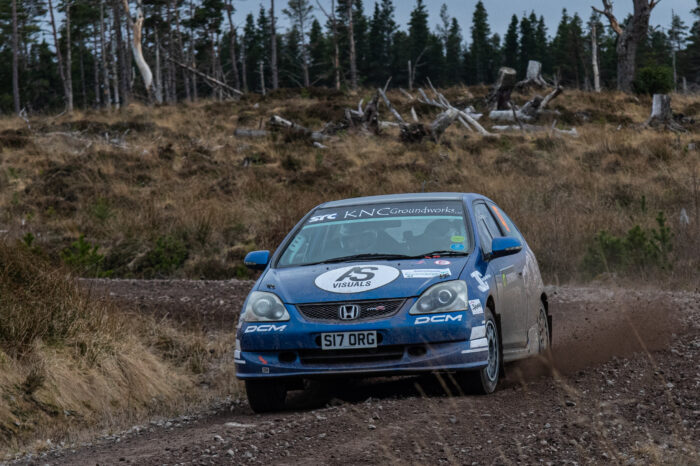 Rapid Civic pilot Allan Smith from Kirriemuir had his son Sam in the hotseat for the 1st time. Really impressed with the job Sam was doing on the notes Allan was able to push the car as hard as he could. Catching an Evo in stage 1 was a good start and their pace was rewarded with a class win by over 2 minutes and 29th place overall. 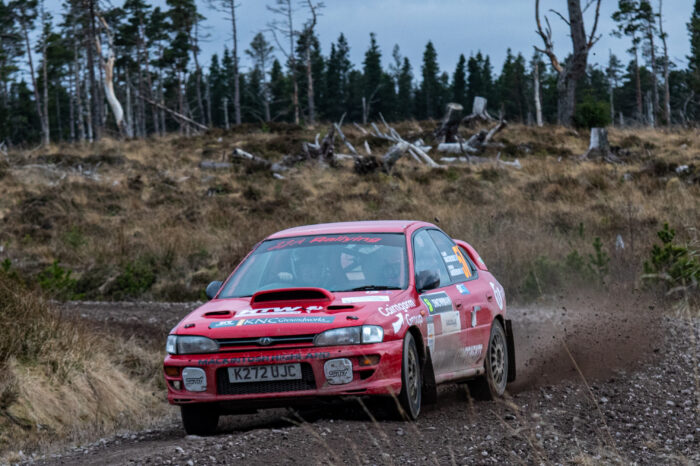 Taking both the class and the 5 Star Vehicle Deliveries Subaru Cup honours the local crew of Jordan Anderson & Clare Mackenzie were absolutely flying on their 4wd debut. Despite Clare losing her voice in stage 1 she powered through thanks to copious amounts of throat sweeties. Jordan was really happy with the new car and they took the class win by over 2 minutes. 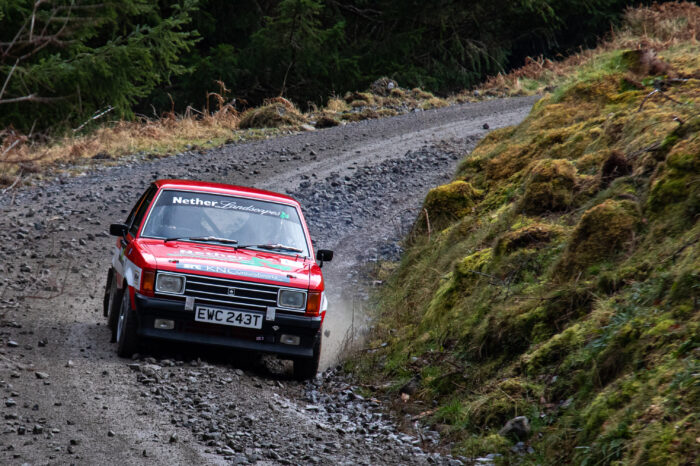 Mauchline’s David McLeod & co-driver Eamonn Boyle were out for the 1st time in their historic specification Sunbeam, beautifully built by Angus Lawrie. David saying the car was a pleasure to drive in the forests although having to pay £440 for a period correct rev counter did sting just a bit……. 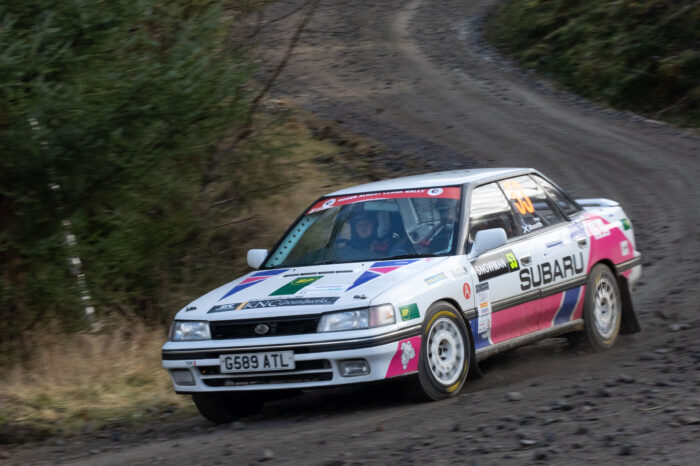 With Ewan Lees stepping into the passenger seat at the last minute Ballater’s Donald Brooker wasn’t sure what to expect. A very solid clean run followed and the Legacy crew were able to take the class win by a minute and 20 seconds from the BMW of Aberdeenshire’s Ernie & Patricia Lee. 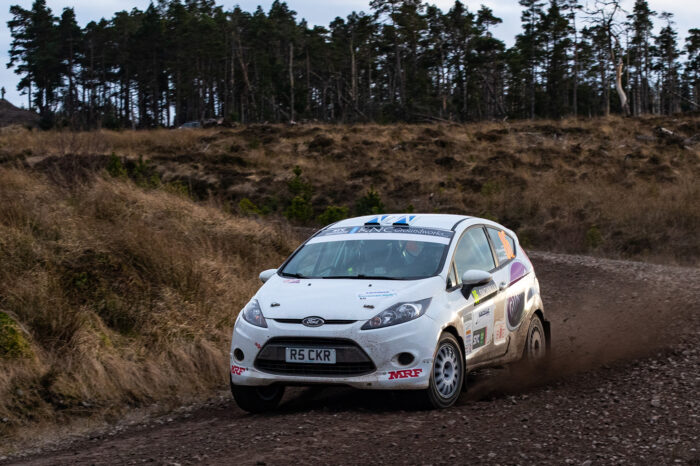 17 year old R2 Fiesta pilot 17 year old Justin Gunning from Lanark would emerge victorious over the Opel Adam of fellow Junior driver Robert Proudlock from Dumfries by just under a minute. Having even tested in Sweden on the off chance of snow Gunning was very prepared for his 1st Snowman, catching cars in every stage. Despite the delays the Fiesta took a fantastic 33rd overall, co-driver Stuart McBride full of praise for his driver describing it as an almost perfect performance. 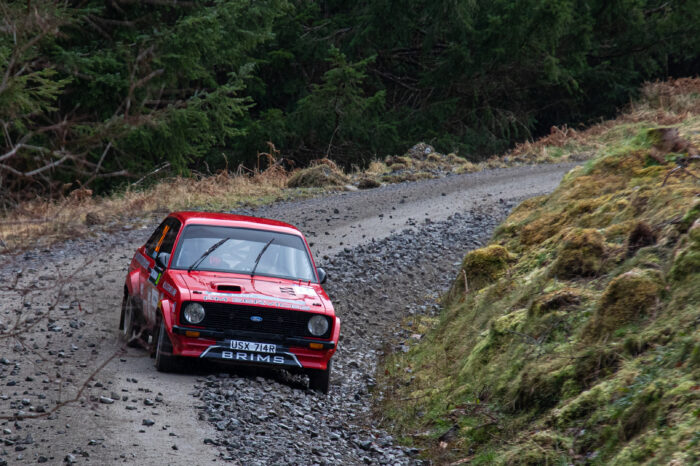 Thurso’s James Brims & Iain Macdonald from Inverness were out for the 1st time in the ex-Mark McCulloch MK2 Escort. Describing the conditions as perfect for an Escort they would take the class win by just 23 seconds from the similar car of returning Lanark pairing of John Crawford & Karen MacLeod with Kyle of Lochalsh’s Paddy Munro and co-driver Dave O’Brien from Duns only 6 seconds back in an Escort clean sweep of the podium. 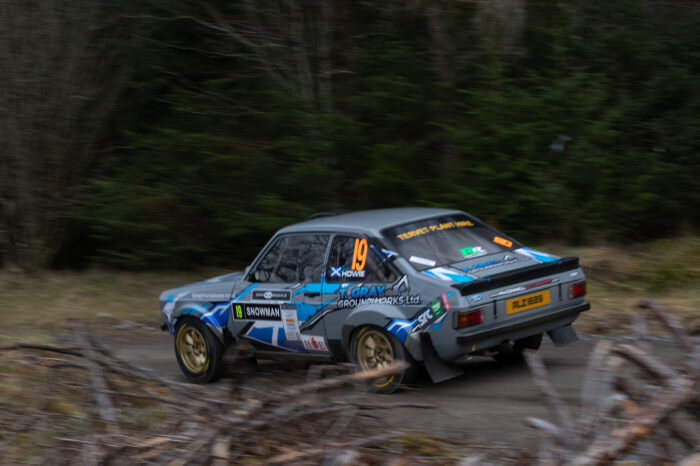 On their RWD debut Tore’s Thomas Gray & Aberdeen’s Tom Howie were embroiled in a day long battle with the Forres/Leeds crew of Brian Ross & Jamie Mactavish in their freshly upgraded Mk2 Escort. It was back and forth all day, with both crews reporting problems, but Gray & Howie came out on top by just 7 seconds at the finish in their 2.5 litre engined Mk2. 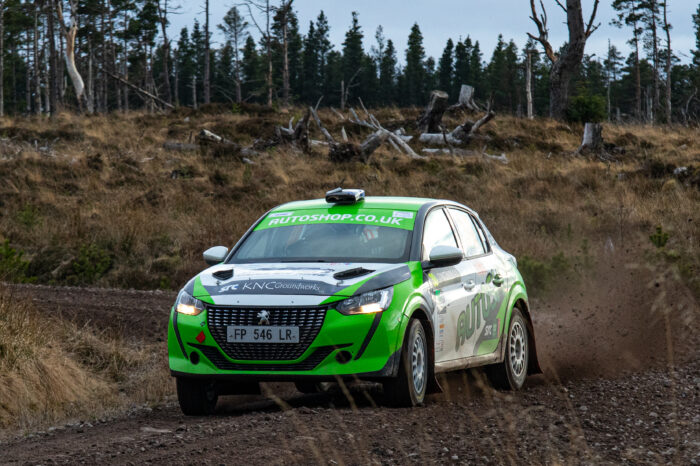 The Pro2 class was a family affair with the Stewarts in their 208 R4s. For their part Richard & Carin Tait-Logan were playing themselves in to the new season, delayed with a stall in stage 1. Top 2 Wheel Drive supported by Autoshop.co.uk and 15th overall went to Peter & Harry Marchbank. Challenging the 4wd cars all day they lost a lot of time to the bigger cars in the Millbuie stage due to the cars relatively short gearing. On the twistier stages the car was more than a match for the 4wd cars and Peter is determined to keep pushing them on the rallies to come.